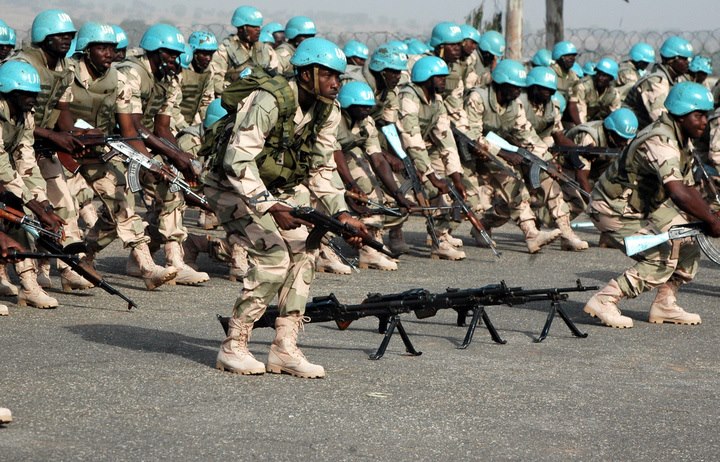 Soldiers accuse Nigeria Military of shortchanging them of N320, 000 each after Mali operation

No official reason was given for the cut.

Nigerian soldiers who were recently deployed to Borno after partaking in an African mission in Mali have accused Nigerian military authorities of shortchanging them of their rightly earned allowance.

PREMIUM TIMES was told that about 100 soldiers that returned from Mali and were immediately deployed to Maiduguri, Borno State, and were shortchanged of at least $2, 000 (N320, 000) each.

Some of the soldiers, who could not bear the alleged flagrant theft of their hard earned allowances by their superiors, approached journalists in Maiduguri to narrate their ordeal.

“When we were being deployed to Mali on the 17 January, this year, we were told that our monthly allowances approved by the UN would be $1, 028, which would have been equivalent to N164, 480 in our local currency. And for the 7 months we were in Mali, we expected to be paid a total of N1,151,360 which is the value of the total $7, 196 due to us,” said a sergeant who sought anonymity for fear of being victimized by military authorities.

He added that no official explanation was given for the reduction in their earned allowances.

“When we asked what happened to the balance of over $2,000, the pay officers simply said that was what they were instructed to pay us.

“It is sad that our ogas (superiors) are treating us like this and feeding fat on those of us in the field,” the soldier lamented.

Over 1000 Nigerian soldiers were deployed to northern Mali in January to work with the Malian army, other African soldiers, and French forces to reduce threats posed by Islamic insurgents that rose up against the government and had taken over major Malian cities.

Nigeria later withdrew a large number of its soldiers from Mali so as to strengthen the efforts against insurgents in Northern Nigeria.

The aggrieved soldiers, whose claims were verified by military sources, said they were appealing to journalists because the nature of military rules meant they could not embark on protests.

“They know we cannot protest because of the rules of engagement and they cheated us after we have risked our lives, left our families for seven months,” an aggrieved soldier added.

Efforts to get the Nigerian military to react to the soldiers claims were unsuccessful. The Defence Headquarters spokesperson, Chris Olukolade, did not pick or return calls to his phone. The Nigerian Army spokesperson, Ibrahim Attahiru, did not also pick calls or reply to sms sent his phone.

PDP to treat Baraje, Oyinlola, others as criminals

EXCLUSIVE: Why Headies Awards was postponed