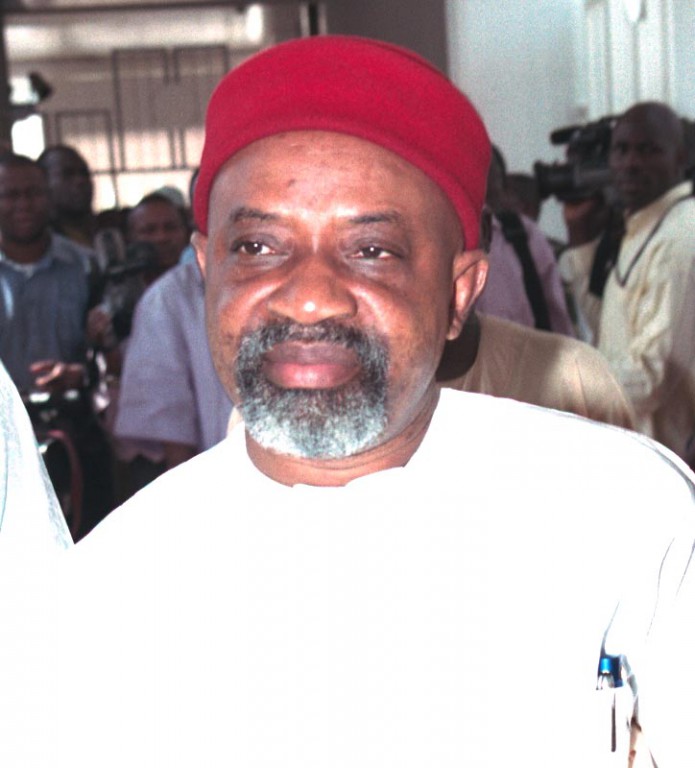 Chris Ngige is the candidate of the APC for the November Anambra election.

The candidate of the All Progressives Congress (APC) for the November 16 governorship election in Anambra, Chris Ngige, has presented a12-point agenda he promised to execute if elected.

He told a news conference in Awka on Thursday that the manifesto covered security, health, education, water, agriculture, transportation, electricity and infrastructure development, among others.

Mr. Ngige stressed that he was committed to implementing them to enhance the welfare of the people and ensure overall development of the state.

According to him, primary and secondary school education, ante-natal and other healthcare services will be made free if elected.

Mr. Ngige added that school fees at the state university would be reduced by 50 per cent while scholarship would be awarded to deserving students in tertiary institutions.

In the area of housing and environment, the governorship candidate promised to provide affordable, mass housing for civil servants.

“We will ensure food production and food security via sound agrarian policies and ensure that the state becomes net exporter of agricultural produce.

“An airport will be built in Omambala axis of Anambra North Senatorial zone by Dec. 2014 while quality and anti-erosion roads would be built.

“Local government elections will be conducted in 2014 while 25,000 capacity state-of-art stadium would be completed in Awka and various sports organisations resuscitated”, he further promised.

Mr. Ngige said that he sponsored ten bills, including the one which sought the amendment of Robbery and Firearms Act 2004. He added that he had created employment opportunities for 62 persons, among others.

The serving senator also used the occasion to present Raphael Okeke, a former member of the House of Representatives (Anambra East/West Federal Constituency) between 2003 and 2011, as his running mate.

Strike: FG sets up committee to look into demands of Nigeria postal workers