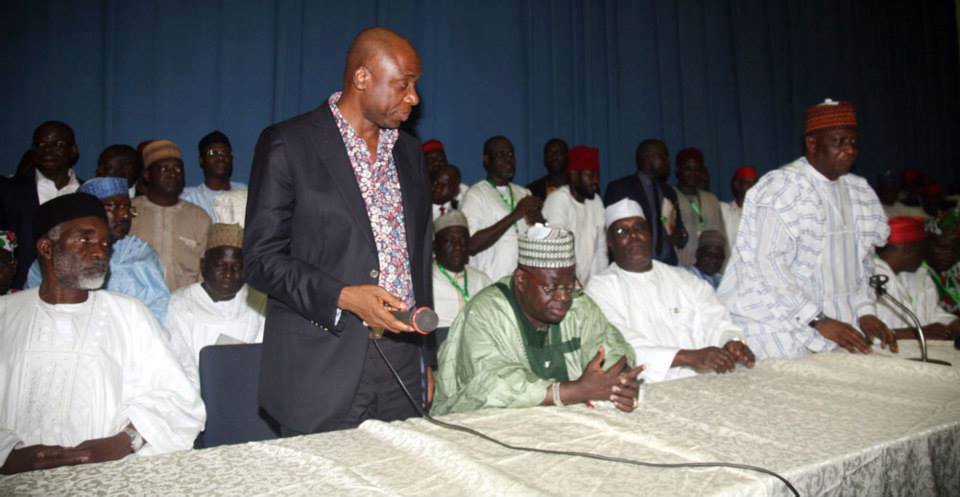 In continuation of the trouble-shooting in the Peoples Democratic Party, PDP, President Goodluck Jonathan and the aggrieved governors might meet on Sunday night at the Presidential Villa, Abuja.

The governors, joined by a former Vice President, Atiku Abubakar and other senior members of the ruling party had on August 31 announced the birth of the splinter PDP. It is chaired by a former acting national chairman of the PDP, Kawu Baraje while  former Osun State Governor, Olagunsoye Oyinlola, was named national secretary.

The group has since gone ahead to appoint other members of its national working committee.

Mr. Jonathan and members of his team reportedly met with some of the aggrieved governors last Tuesday after which another meeting was scheduled for Sunday (today).

Tuesday’s meeting was in continuation of the earlier ones between the Elders Committee led by former President Olusegun Obasanjo and the two factions of the ruling party. The committee met separately with the two groups.

Among those with the president during the meeting were the governors of Akwa Ibom, Godswill Akpabio, who is also the Chairman of the PDP Governors’ Forum, Liyel Imoke (Cross River), Idris Wada (Kogi) and the Chairman of the party’s Board of Trustees, Tony Anenih.

Prominent among the issues tabled at the parley was the state of the party in Kano and Adamawa States. The president and his team were said to have made some concessions before the meeting was adjourned to Sunday.

It was, however, learnt that some of the issues to be resolved today include the 2015 elections vis-à-vis zoning and the fate of the National Chairman of the party, Bamanga Tukur, who the aggrieved governors want removed.

Similarly, the recall of Mr. Amaechi who has been on suspension since May 27, as well as the lingering crisis in the Nigeria Governors’ Forum, NGF, might be discussed.

Nigeria: The Good News about Economic Growth and Competitiveness, By Adebowale Adefuye

INTERVIEW: The world’s next Bill Gates is in Yola, says AUN President