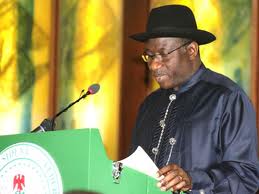 President Goodluck Jonathan on Wednesday took Nigerians by surprise when he announced the immediate reshuffling of the Executive Council of the Federation (FEC).

The reshuffling, which was announced shortly after the regular meeting of the Council at the Presidential Villa in Abuja, affected six ministers and three ministers of State.

Mixed reactions have however trailed the development, with some Nigerians expressing disappointment that some they believe should be dropped were retained.

For several months since the speculation about a possible reshuffling of the Ministers became rife, some Nigerians clamoured for  the removal of the Minister of Petroleum, Diezani Alison-Madueke, and her counterpart in the Ministry of Justice, Mohammed Adoke.

Mrs Alison-Madueke has been linked with several probe panel reports, which indicted her for various corrupt practices in the Ministry of Petroleum Resources, while various civil society organizations have called for Mr. Adoke’s sack for frustrating the work of the anti-graft agencies, particularly the Economic and Financial Crimes Commission (EFCC), from trying and convicting persons involved in alleged corruption cases.

Similarly, Nigerians were surprised that the Minister of Information and National Orientation, Labaran Maku, and his counterpart in the Federal Capital Territory (FCT), Bala Muhammed, who have both declared their intention to contest for the office of governor in their various states come 2015, were not affected.

Nigerians had long expected President Jonathan to rejig his lackluster cabinet which has largely failed to deliver services to the Nigerian people.

But while the expectation mounted, Mr. Jonathan repeatedly  dispelled speculation that he had plans to fire non-performing ministers.

Last August, he unveiled a rating procedure known as Performance Contract Agreement for ministers but said he would not use the result of the assessment in considering who to fire.

Mr. Jonathan said the assessment would only appraise his administration’s performance and delivery of targets to Nigerians.

“I read all kinds of thing in the media, that the president wants to assess the ministers so that he would know who would go and who would stay. That is not the purpose of this.

“We would have done it probably in the first week when we came on board, but the key thing is that we have given ourselves points that we think we will get at, we believe that if we get at those points or even if we achieve 70 per cent of that, at least it will be better off for our own country,” the president said.

According to the president, the exercise was to ensure enhanced performance, transparency and accountability in governance, adding that it was not a witch-hunting exercise.

“I want to assure every one of you who has taken part in the exercise that this is not a witch-hunt targeted at anybody,” the president said in his remarks after the signing ceremony.

Nine of those who signed that contract have now been sacked, although it is not clear what criteria the President adopted in deciding those he fired.

Nigerian fraudster jailed in US over N1.7 billion fraud