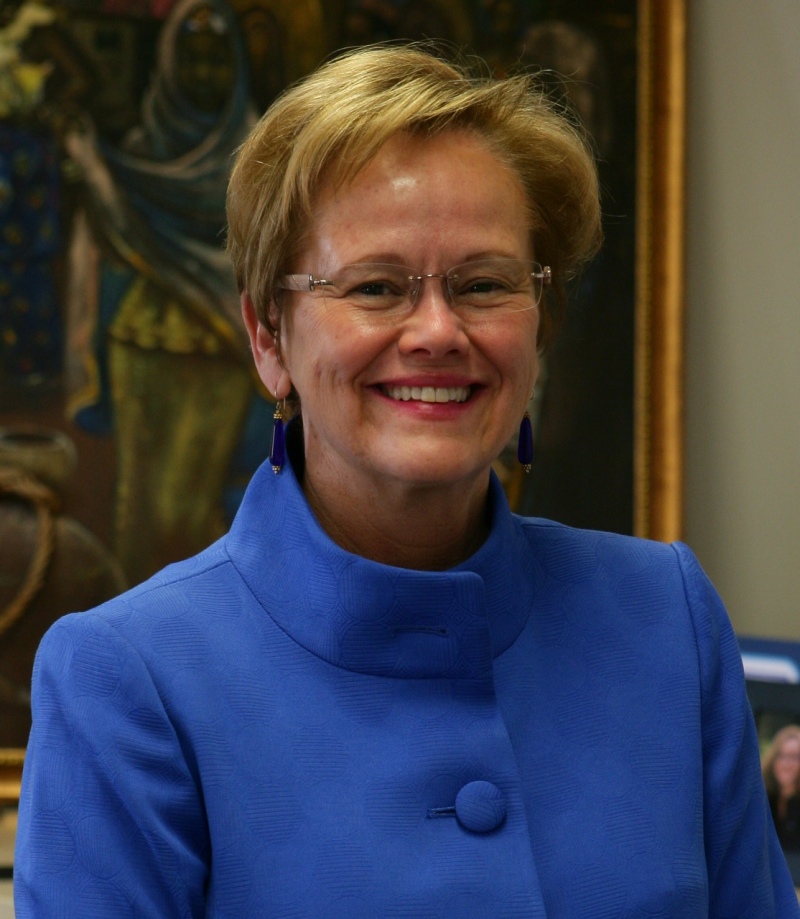 Margee Ensign writes about what the students from Chibok can teach us.

The President of the American University in Nigeria, AUN, Margee Ensign, said between 10 per cent and 18 per cent of the university’s income goes back to the community through various projects including scholarships and Information Technology training programmes for Nigerians and Adamawa residents. She also said the university grants two full scholarships per state to indigent students in all of Nigeria’s 36 states.

Ms. Ensign stated this on Thursday when she paid a courtesy call to PREMIUM TIMES offices in Abuja.

“Our operation is like the American model. We are looking for the best and the brightest whether or not they can pay. We have a scholarship for prospective students from all the thirty six states of the federation- two per state,” she said.

She also said the scholarship granted were full and include books, clothing and all other needs of the student.

Ms. Ensign also commended the founder of AUN, former Vice President, Atiku Abubakar, who, she said, was motivated by his experiences with the American Peace Corps as a young student.

She said the Peace Corps honoured Mr. Atiku at its 50th anniversary. She added that the Americans revealed at the ceremony that there is no one in the world, giving to higher education than the former vice-president.

Ms. Ensign said AUN pays U.S. salary rate to attract the best faculty to the school, while charging only one fourth of what would have been paid by students if the school were in the U.S.