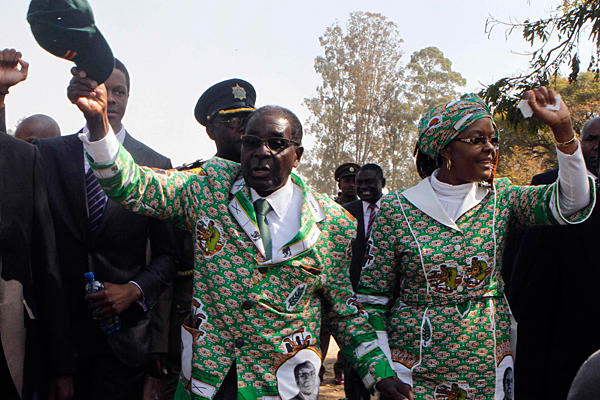 Robert Mogabe was declared winner of the election

The U.S. believes Zimbabwe’s elections were flawed and does not intend to change its sanctions policy toward the government of President Robert Mugabe without credible, transparent reforms, the State Department said on Monday.

“The U.S. stands by our assessment that these elections, while relatively peaceful, did not represent a credible expression of the will of the Zimbabwean people due to serious flaws throughout the electoral process,” State Department spokeswoman, Jen Psaki, told a daily briefing.

“We have made it clear to the government of Zimbabwe and the region that a change in U.S. sanctions policy will occur only in the context of credible, transparent and peaceful reforms that reflect the will of the Zimbabwean people,” Psaki said.

The 15-nation Southern African Development Community, which helped broker a power sharing deal after disputed elections in Zimbabwe in 2008, backed the re-election of Mugabe at a meeting in Malawi at the weekend.

Psaki said it was “feasible” that the U.S. could review sanctions toward Zimbabwe if conditions in the country improved, but for now they would remain.

Peace in Plateau crucial to the survival of Nigeria – Ribadu