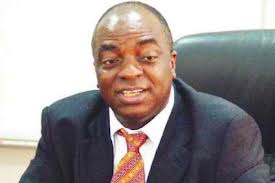 David Oyedepo is allegedly the richest pastor in Nigeria.

The United Kingdom’s Charity Commission is investigating the U.K. branch of David Oyedepo’s Winner Chapel over the alleged misappropriation of at least £16 million (N4 billion) collected as tithes between 2008 and 2011, the U.K. Guardian is reporting.

Over N250 million (£1 million) of that amount is said to have been repatriated to the Nigeria headquarters of the church between 2009 and 2011, the church’s account shows.

A spokesperson of the charity commission told the Guardian newspapers that investigations “regarding the charity’s management and policies” are on-going.

“We have considered documents and information shared by the trustees and our case is continuing,” she said.

The congregants of the U.K. branch of the church are allegedly given credit cards forms to make donations as they arrive for service. The forms are inscribed with a verse from the Bible’s Book of Corinthians which reads, “God loveth a cheerful giver.”

Documents submitted to the Charity Commission show the parent organisation of the church, £8 million rich World Mission Agency, makes paltry donations to charity causes. Its books shows it donated N2.6 million (£10,500) to Great Ormond Street Children’s hospital and N2.2 million (£9,000) to Christian Aid for the Haiti earthquake appeal and N625, 000 (£2,500) to charities in the Lewisham area of London.

The Church also claimed it spent N37.25million “for charitable activities in Africa.”

David Oyedepo, who is believed to be the richest pastor in Nigeria, lives a life of opulence. He, through his church, owns at least three private jets and one of the most expensive private universities in the country. The Nigerian headquarters of the church prides itself as having the biggest church auditorium in the world. The auditorium sits over 50,000 congregants.

“All of us have a growing concern about any kind of mercenary response that puts cash at the centre of Christian faith. I challenge any movement, including Winners, to be open and account for its money wherever it goes because it comes originally from hard-working faithful people,” said Joel Edwards, a senior figure in the British evangelical movement and director of the Micah Challenge which is running Exposed, a global anti-corruption campaign directed at churches, business and government.

Northern governors apologised to me – Tukur