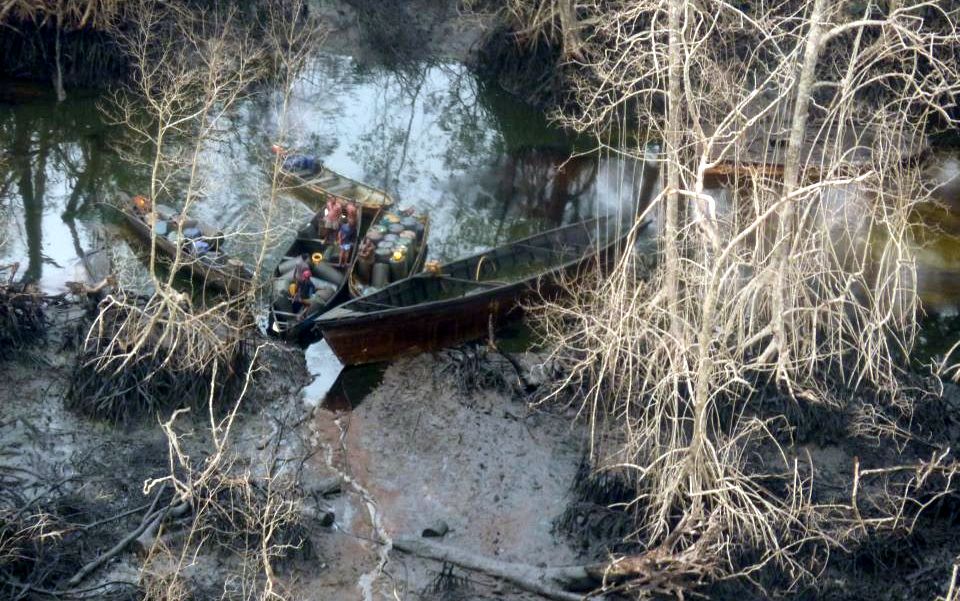 The youth charged the government to tackle unemployment.

Some youth in Port Harcourt have cited unemployment and poverty as being responsible for the increasing problem of oil theft in the Niger Delta.

The youth made the observation on Tuesday in Port Harcourt in an interview with the News Agency of Nigeria on the sidelines of a workshop organised by the Rivers State Sustainable Development Agency.

One of the youth, George Emmanuel, a graduate of the University of Port Harcourt, said that unemployment was a major factor luring many youth to engage in crimes.

He said that some of youth believed that they could make quick money through crime.

Mr. Emmanuel said that a lack of job opportunities had also made some youths to form associations to venture into all kinds of businesses to make ends meet.

“Like the English adage said, an idle mind is the devil’s workshop. Any youth who has no job can easily be convinced to go into illegal bunkering to earn a living,” he said.

He urged government to create jobs for youths to keep them busy.

“The government should open companies to produce goods and close the borders against imported goods.

“Our leaders should encourage Nigerians to patronise made-in-Nigerian products and upgrade our manufacturing sector by equipping our factories,” Mr. Emmanuel said.

Also speaking on the issue, Robert Chukwu stressed the need for government to industrialise the country to attract investors and tourists.

He said that government should not depend solely on the oil sector.

Mr. Chukwu said that the government should utilise revenue from the sale of crude oil to develop other sectors of the economy such as was done in Dubai.

“If Nigeria has many companies and industries owned by Nigerians, the youths will be employed for production,’’ he said.

Another youth, Sampson Goodwill, said that government should empower the youth by putting infrastructure in place.

He said that government should also train and equip youth, instead of using them as agents of destabilisation.

“If militants and members of the Boko Haram sect were not sponsored, they will not be violent. They will not destroy lives and property.

“Our youth need to be busy in offices, companies and industries to contribute to the growth of the country,” he said.

Rivers is not broke – Commissioner