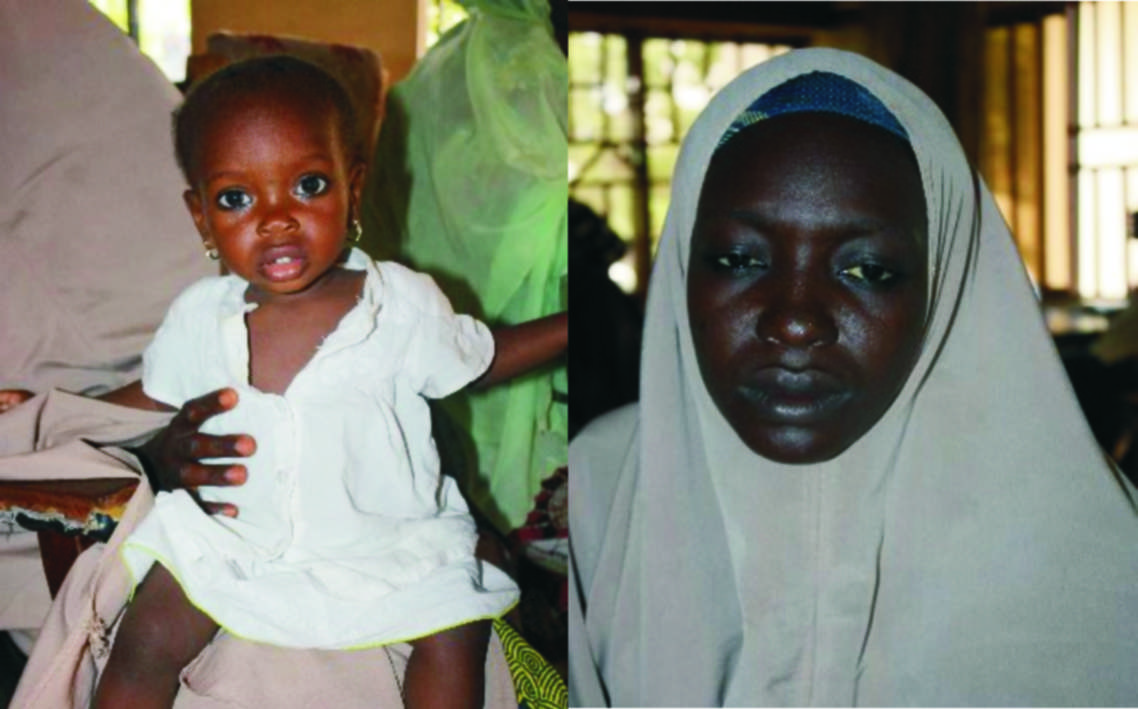 Girl with strange medical condition has no anus

Fatima will need N1.2 m for an operation that will allow her relieve herself the right way.

A strange medical condition that affects organ formation before birth, has left a one-year-old girl in Niger State without an anus, leaving her to rid herself of waste through the vagina, while her poor parents struggle for more than a year to get funds for a corrective operation.

Like all childbirths, Amina Ibrahim, heaved a sigh of relief when her daughter, Fatima, was born. Not that she had a traumatic pregnancy; but as all pregnancies are fraught with uncertainties, successfully delivering a seemingly healthy child was a mirthful event.

But her face soon clouded over with gloom after it became clear the new born baby had no anus, and to her horror, excreted both liquid and solid wastes through the vagina.

A year ago, the parents reported the child at Federal Medical Centre, Bida, where they were told she would undergo a three-pronged operation. As of date, they are still searching for N1.2 million needed to correct the defect.

Fatima was born one year ago to Ibrahim Abubakar and Amina Abubakar, of Agaie town in Niger State. She is the fourth child, with three other siblings, all girls. Mr. Abubakar, 30, studies Arts at the Niger State College of Education, Minna, while his wife, Amina, supports him and takes care of their children with the proceeds from menial jobs she keeps. They have been married for the past 10 years.

Amina said she was happy to support her husband, in spite of the daunting challenges of bringing up four children nearly alone, because she knows that when he was through with school, he would enrich their lives.

During holidays, the husband forages for existence by working at the construction sites or in the farms.

Fatima’s problem began during conception, during the first trimester, when organs form and differentiate, according to experts. During this stage, the anus just didn’t form at all, a condition medically called imperforate anus.

According to Dr Uthman Baba Agaie, a director with the Niger State Ministry of Health, in charge of private clinics in the state, organ dysgenesis (inability of biological organs to form) may be attributable to any of several reasons, among which are: Vitamins deficiency (such as non-intake of folic acid) during the first three months of pregnancy, ingestion of some pain relievers (drugs) which disrupt or interfere with organ development or, exposure to radiation, which may cause cellular damage and eventual congenital anatomical disorder or malformation.

It is impossible to say which of these explanations apply to Fatima. What is however medically true, is that, something can be done to correct the abnormality. Doctors say help will come in a three-pronged operation.

The first, according to Dr Baba, is for the child to undergo provisional colostomy operation, which is an operation to open part of the colon (large intestine) and expose that part outside the abdominal cavity so that, in the interim, faecal matter can be expelled through it, instead of through the vagina.

The second medical intervention is called Formal Duhamel operation, a major effort to repair and create anus for the child.

The last of the stages is also remedial operation; to repair the medical complication called “rectovaginal fistula”, described as the abnormal connection between the anus and the vagina. Under normal circumstances, although the anus and the vagina are closely located, there is no natural connection between them. The third operation is intended to differentiate them by closing the barrier through which faecal matter exit involuntarily into the vagina.

When Amina, accompanied by a younger brother, recently narrated the family’s ordeal to reporters, she said her hope only lies in having the public hear their story.

“I just want you people to help me,” she repeatedly said, kneeling, with Fatima strapped to her back. Her husband also called in later.

The child stank from faecal odour, largely because the vagina, unlike the rectum (anus), has no sphincter, so fluid or semi-solid waste from the colon finds frequent and unrestrained exit, a situation medically referred to as faecal incontinence.

One year after her birth, Fatima has not been introduced to solid food; she lives exclusively on breast milk and syrups. The medical doctors at the Federal Medical Centre, Bida warned the mother not to introduce solid food yet, which may present some difficulty for waste evacuation.

Since they first reported the matter at the Federal Medical Centre, Bida, the parents said they have spent as much as N200, 000, contributed by relatives who themselves are poor. However, the sum of N1.2million still stands in the way of Fatima accessing medical intervention.

Ndama is a journalist based in Minna, Niger State.

Spectacle, Words, and Performance, are the Essence of Creativity, says Professor Sekoni at 70