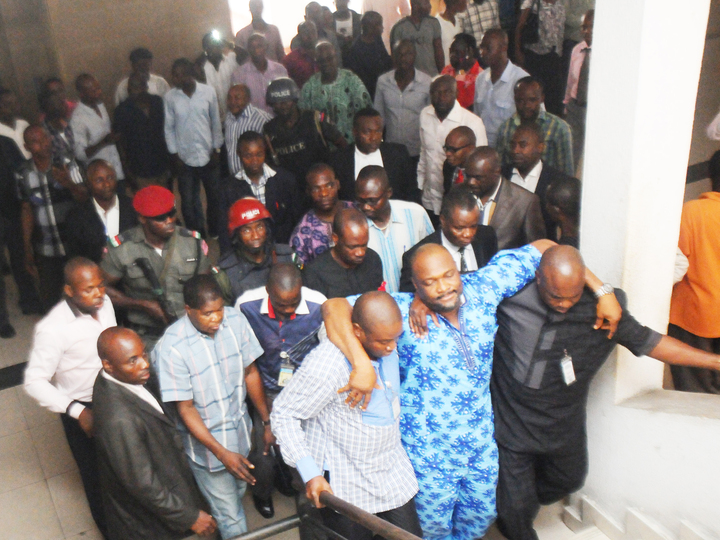 Pro-Amaechi lawmaker, Lloyd, may remain in detention till August 6

The expected arraignment of the majority leader of the Rivers State House of Assembly, Chidi Llyod, has been adjourned.

Police sources told Vanguard Newspapers that the case has been adjourned to August 6.

The case was adjourned following a disagreement between the Rivers Attorney General and the police prosecution team that arrived from Abuja over the presiding judge.

Mr. Lloyd is facing a six-count charge including conspiracy and attempted murder following the violence that engulfed the assembly when five lawmakers tried to impeach the Speaker.

The five lawmakers, led by Evans Bipi, are loyal to the presidency while Mr. Lloyd and 26 others support the state governor, Rotimi Amaechi.

The police detained Mr. Lloyd since last week when he reported at the Police Headquarters in Abuja based on a directive by
Inspector General of Police.

Mr. Lloyd is the only lawmaker being tried for the violence that rocked the assembly, raising eyebrows from supporters of Mr. Amaechi, although the police said their investigations are still ongoing.

Lagos deportation saga is a red herring, By Francis Oriunebho