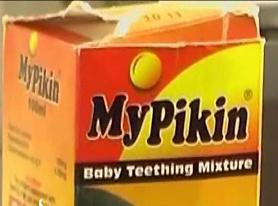 The appellants were sentenced to two years imprisonment each.

The Court of Appeal in Lagos on Friday fixed July 11 for hearing of an appeal by two employees of Barewa Pharmaceutical Company Ltd, jailed for the production of adulterated syrup, “My Pikin”.

The court, presided over by Justice Shagbaor Ikyegh, fixed the date to enable the respondent to go through the appellants’ brief of argument and file a reply.

The appellants, Adeyemo Abiodun and Ebele Eromosele, were on May 17 sentenced to seven years imprisonment each by Justice Okechukwu Okeke of the Federal High Court, Lagos.

They were prosecuted by the National Agency for Food, Drugs, Administration and Control (NAFDAC).

The court convicted them for conspiracy and sale of the adulterated syrup, which caused the death of more than 80 children in the country.

Mr. Okeke also ordered that the company be wound up and its asset forfeited to the Federal Government.

After the court delivered its verdict, Osaro Eghobamien, counsel to the convicts, challenged the verdict at the appellate court.

On July 3, the appellant filed an amended notice of appeal, with their brief of argument, while the court issued hearing notices to parties for July 5.

When the case was mentioned, counsel to the respondent, James Kadiri, informed the court that he had just been served the appellants’ brief of argument and required time to respond.

Justice Ikyegh adjourned the case to July 11 for hearing, noting that he had to abridge time due to the urgency of the application.