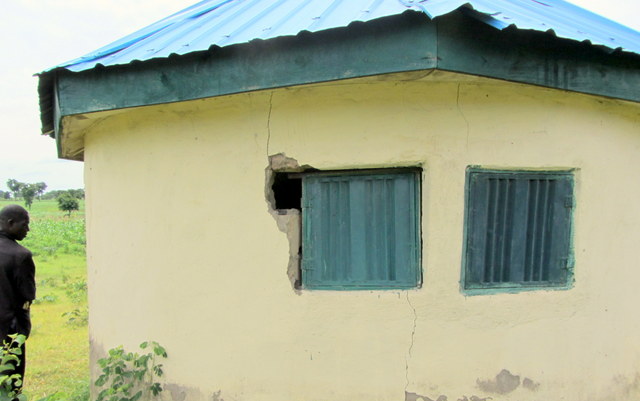 The Federal Government on Friday said it had achieved three of the eight Millennium Development Goals (MDGs).

The Special Assistant to the President on MDGs, Precious Gbeneol, stated this at the 2013 Ministerial Platform in Abuja.

“The country has been able to achieve goals one, three and six and we are on track on goals two, four, five and eight.

“We are working hard on goal seven with less than 100 days to the deadline of the MDGs tenure. Efforts are being made to sustain this progress,’’ she said.

MDG one is on eradication of extreme poverty and hunger, MDG two for achieving universal primary education while three is promoting gender equity and empowering women.

Four is reducing child mortality, five for improving maternal health and six is combating HIV/AIDS, malaria and other diseases.

Seven is ensuring environmental sustainability while eight is promoting global partnership for development.

Ms. Gbeneol said poverty eradication programmes were being scaled up and better coordinated. She said recent agricultural statistics indicated a reduced proportion of underweight children from 35.7 per cent in 1990 to 27.4 per cent in 2012.

“Government is working tirelessly to develop agriculture as well as create jobs and enabling environment for agro-business,” she said.

On health, she stated that the goal can be achieved with ongoing interventions and increased investment.

“Government is implementing a wide range of initiatives including the Integrated Maternal, Newborn and Child Health Care Strategy using the Ward Minimum Health Package,” she said.

Ms. Gbeneol noted that access to primary health care had been improved through investment in infrastructure, human resources, equipment, and consumables.

“There is also improvement in routine immunisation as a way of building on the successes of the near-eradication of polio.

“MDGs is the major sponsor of the Polio Eradication Initiative (PEI) in the country and has invested over N8 billion for this activity in the 2012 budget. In 2012, eight rounds of polio campaigns were conducted and over 248,000 Oral Polio Vaccines were administered,’’ she said.

The adviser said that there was improved access to routine immunisation through MDGs’ support for the procurement and distribution of routine vaccines and cold chain materials. She also said a sharp decrease had been recorded in malaria and HIV/AIDS prevalence rates and environmental issues.

Ms. Gbeneol added that data from the National Agency for the Control of AIDs (NACA) indicated that there was a continuation in the fall of the HIV prevalence, from 5.8 to 4.1 in 2012.

The special assistant said the report showed an increase in the proportion of children sleeping under Insecticide Treated Nets.

She added that progress had been made tackling tuberculosis.

“With sustained attention, tuberculosis is expected to be a limited public health burden by 2015,” she said.

‘I was abandoned in political wilderness’ says Iwuanyanwu