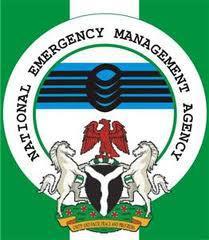 The agency advised early detection of measles and other diseases.

The National Emergency Management Agency (NEMA) said measles outbreak in northern part of the country has killed 36 children and infected more than 4,000 people so far.

The agency’s North Central Coordinator, Mohammed Abdulsalam, said this at a workshop in Jos on Thursday.

Mr. Abdulsalam said that the epidemic was ranked third after draught and flood in emergency data of the ten top natural disasters in Nigeria. He blamed the high rate of the epidemics in the country to illiteracy, ignorance, poor state of personal and environmental hygiene. He said that congestion and absence of community-based early dictation, reporting and surveillance system were also contributing factors.

The NEMA coordinator explained that the one-day workshop was aimed at creating awareness and sensitise stakeholders to the ways of mitigating the spread of cerebrum-spinal meningitis, measles, cholera and Lassa fever, especially during the rainy season.

“Health matters are being given proper attention nationwide particularly by the ministry of health and other health related agencies. And during raining season, there are some epidemics that do happen as a result of flooding, because of the nature of our environment.

“Some environment are slum where you have dirt surrounding the people; the waste disposal system is very poor.

“So, people are vulnerable to all sorts of diseases which informed NEMA’s decision to organise this workshop where we bring in experts from the health sector to enlighten us and the general public on what we need to do to avoid diseases, such as measles, cholera, meningitis and other diseases that are troubling our societies so that people will take caution and prevent the occurrence of such diseases,” he said.

The NEMA boss said his agency wants to help avoid the loss of lives that have resulted from the measles epidemic. He said that the agency had carried out several awareness and sensitisation programmes in collaboration with state governments.

“We have carried out free immunisation exercises, monitor, the states’ preparedness on epidemic and trained disease and surveillance notifications officers on effective reporting.

“Stakeholders must know the importance of working with NEMA to avoid more death cases in the country, especially this period as the rain has set in,” he said.

He urged the state ministries of health in the country to improve on mitigation efforts to prevent avoidable hazards from developing to disasters.

He said such measures would help in the control of epidemics that may occur during the rainy season.

“In this country, we have free routine immunisation that is given to every child under the age of five, and all the antigens that going are to be given are antigens that will reduce infectivity. So, I will advice mothers to take their under five children to the nearest health facilities to ensure that they are immunised against measles, against other contagious diseases and against polio.

“For our own sake, the critical desire we need to put is our personal hygiene. Most epidemics that occurred in our environment are occurring because of poor environmental hygiene.

“I will advice that if your source of water is not hygienically verified, it will be very good for us to boil our water, filter it before taking it. If we take some of those precautionary measures, we will be able to control a lot of epidemics that would occur, especially during this rainy season,” he said.