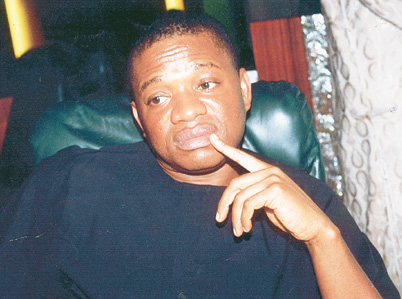 I am not a politician – Ex-Abia governor, Orji Kalu, says

The former governor also claimed he was not corrupt.

The former governor of Abia State, Orji Kalu, caused a stir on Wednesday when he told an audience at the Lagos Sheraton Hotel and Towers that he was not a politician.

Mr. Kalu spoke at an event marking the 20th anniversary of the annulment of the June 12, 1993, election, organised by the Save Nigeria Group.

Expectedly, the comment elicited loud murmuring from the audience interrupting the former governor in mid speech.

“I don’t care who thinks I’m going to offend him, my duty is to speak the truth. You can go home and hate me, you can come home and like me but the truth must be said,” he added.

“And the same people, I challenge them, see the government that spent 6 billion, Pastor (Tunde) Bakare talked about 12, 16, 13, 14 billion, these are dollars, not naira.

“You cannot be talking about electricity, most of the projects counted here President Obasanjo started …, I was governor then, I flagged it off, and billions of dollars we were putting down, where is the money?”

The former Abia State governor noted that economic growth does not signify growth until it impacts on the people.

“Economy cannot grow on 8 per cent, 9 per cent, 10 per cent without postal services, without highway being paved very well, without electricity supply, without people coming out of school and going to work,” said Mr. Kalu.

“I have never seen any president of Nigeria that talks about job creation, you can say it but they are not doing it. I have fought to set up industries right from my mother’s womb, that is the truth.

“I built the first major industry in Aba in 1982, the Slok Vegetable Oil. I mean, business men and women should make efforts to complement what government and the people are doing,” he added

Nigeria As a Social Club, By Ogaga Ifowodo

Super Eagles to travel to Brazil on Saturday -NFF