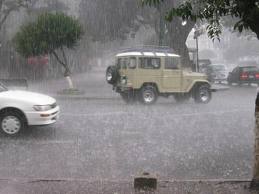 Twenty other people were injured from the rains.

Two persons have been confirmed dead while 20 others were injured following a rainstorm which destroyed over 300 houses on Tuesday in Gusau.

The Executive Secretary of Zamfara Emergency Management Agency, Atiku Maradun, said this in an interview with the News Agency of Nigeria on Thursday in Gusau.

Mr. Maradun, who spoke on behalf of Musa Kwatarkwashi, Special Adviser to the state governor on Emergency Management, said that the adviser had already visited the affected areas.

According to him, two girls, aged 11 and 15 were killed in the incident, adding that the residents also lost foodstuffs and animals.

He said that the agency was compiling a report on the disaster for submission to the state and federal governments for immediate assistance. He appealed to the victims to plant trees around their homes to minimise the effect of such disaster.