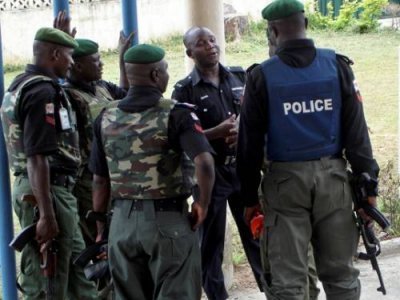 The police are investigating the incident.

A pastor, Chukwunonso Okudiover, has been arrested for allegedly raping a 14-year-old boy.

The suspect, the General Overseer of the Jesus Army of Salvation Ministry, Ama-Alim Ngugo in Ikeduru Local Government Area of Imo, was seized by the youth of the community when the victim complained to his family.

A member of the victim’s family, Francis Ejiekwu, said the boy had complained of a chest pain and was invited by the pastor who also runs a medicine store.

Mr. Ejekwu said the pastor rubbed a liquid substance on the boy’s chest after which he became unconscious.

“He said the pastor rubbed something on his chest and he became almost unconscious after which he raped him.

“He complained of pain in his anus when he came home and how the pastor raped him,” he said.

He said the pastor confessed to the rape when he was confronted by the youth of the community.

The Public Relations Officer of the Imo police command, Joy Elemoko, confirmed the incident, saying the case had been brought to the command headquarters.