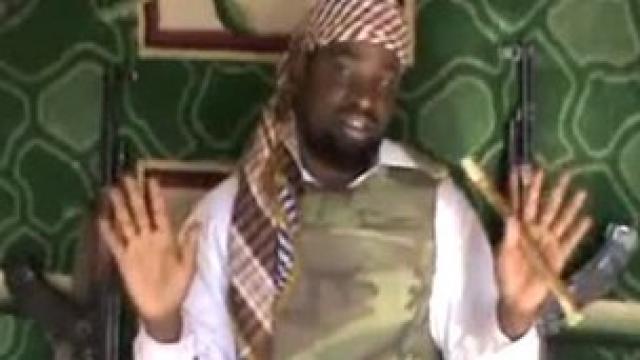 The United States has officially declared the leader of the extremist Boko Haram sect, Abubakar Shekau, wanted and placed a $7m bounty on his head.

In an announcement Monday, the U.S. Department of Justice Reward for Justice Programme says it would pay $7million to anyone with information that could lead to the arrest of the Boko Haram leader.

Also declared wanted are four other alleged terrorists believed to be spreading terrorism in the West African sub-region.

They include Mokhtar Belmokhtar, described as a one-eyed mastermind of the January deadly attack on a gas plant in Algeria, which left 37 foreigners dead. Authorities say anyone who could help facilitate his capture stands a chance of reaping $5.

A $5million bounty was also placed on Yahya Abou Al-Hammam an alleged terrorist believed to be behind the 2010 murder of an elderly French hostage in Niger.

Also being sought are Malik Abou Abdelkarim, described as a senior AQIM fighter and Oumar Ould Hamaha, spokesman for Mali’s Movement for Oneness and Jihad in West Africa (MUJAO). America says it will pay $3 million each to anyone who could help facilitate their arrests.

The U.S. had on June 21, 2012, designated Mr. Shekau, the Boko Haram leader, a Specially Designated Global Terrorist, under Executive Order 13224.

Last week, he released a video calling on other terrorists in Afghanistan, Pakistan and Iraq to support the struggle to enthrone an Islamic state in Nigeria.

Below is a full text of the release declaring Mr. Shekau wanted.

Abubakar Shekau is the leader of Jama’atu Ahl as-Sunnah il-Da’awati wal-Jihad, more commonly known as Boko Haram. Boko Haram, which means “Western education is forbidden,” is a Nigeria-based terrorist organization that seeks to overthrow the current Nigerian government and replace it with a regime based on Islamic law. The group has existed in various forms since the late 1990s. There are reported communications, training, and weapons links between Boko Haram, al-Qaida in the Lands of the Islamic Maghreb (AQIM), al-Shabaab, and al-Qaida in the Arabian Peninsula, which may strengthen Boko Haram’s capacity to conduct terrorist attacks.

The group set off its first vehicle-borne improvised explosive device (IED) in June 2011, and has increasingly utilized IEDs in attacks against soft targets. Boko Haram’s August 26, 2011 vehicle-bomb attack on the United Nations headquarters in Abuja, Nigeria marked the group’s first lethal operation against Western interests. At least 23 people were killed, and 80 more were injured, in the attack. A purported Boko Haram spokesman claimed responsibility for the attack and promised future targeting of U.S. and Nigerian government interests.

On May 1, 2012, less than one week after the group bombed a Nigerian newspaper building in Abuja, Boko Haram issued a video statement threatening more attacks on local and international news outlets, including the Voice of America and Sahara Reporters, a New York-based media service.

PDP to ACN: ‘The barking of 20 dogs can never scare an elephant’