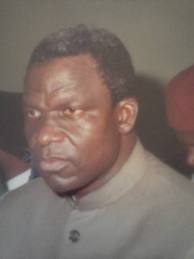 The Northern States Governors Forum, NSGF, has expressed shock and sadness at the death of the Deputy Chairman of the Subsidy Reinvestment and Empowerment Programme, SURE-P, Mamman Kontagora, describing it as a monumental loss to the Niger State in particular and the nation in general.

Mr. Kontagora, who was a former military administrator of the Federal Capital Territory, Abuja, during the regime of General Abdulsalami Abubakar, died on Wednesday.

The forum described the late Mr. Kontagora, a retired major-general, as a patriot who died in the service of his fatherland.

The Governors said they were pained by the demise of Mr. Kontagora but take solace in the fact that he lived an exemplary and purposeful life with remarkable achievements as a military officer, administrator, community leader and a dedicated family man.

Mr. Aliyu said the late former Minister of Works was a rare gem and will be missed for his immeasurable contributions towards the development of the country as a soldier and leader.

“He was an uncommon statesman, a dependable ally, a devout Muslim, a great military officer, a highly disciplined gentleman and a respected mentor of his subordinate officers,” the statement added.

The forum then prayed God to grant the soul of the deceased eternal rest and the immediate family of the late former sole administrator of the Ahmadu Bello University the fortitude to bear the irreparable loss.