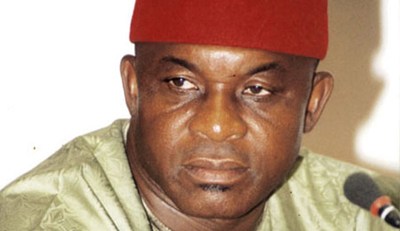 Mr. Mark launched a tirade on a system many politicians fear to openly condemn.

The Senate President, David Mark, on Wednesday challenged Nigeria’s northern governors to urgently ban the almajiri system that has seen millions of children, abandoned by their parents, roam the streets in their states.

Mr. Mark blamed the governors for encouraging the almajiri system, saying the system is “counter-productive” and had continued to undermine the development of the northern states.

He gave the charge during the senate debates on the Bill for an Act to re-enact the trafficking in persons (prohibition) Act, which scaled through the second reading in Abuja.

“It is a system that is counter-productive, it is a breeding ground for irresponsible miscreants and we cannot tolerate it,” Mr. Mark warned.

“I had to call the man who introduced Sharia on the issue, because wrongly or rightly, I think he is knowledgeable in Islamic affairs.

“He told me categorically that the almajiri system is not an Islamic injunction.

“We must admit that politicians in the north have failed over the years to stem the almajiri system.

“It will appear that they have encouraged it, or for political reasons, they have been scared of making a comment on it,” he said.

Mr. Mark advised the governors to take advantage of the re-enactment of the anti-human trafficking law to ban the “obnoxious” practice of the almajiri system.

He commended the Kano State Government for its recent statement banning the practice in the state.

“I think it’s a unique opportunity for governors in the northern region to ban the system today. Today that I’ve heard that it is not an Islamic injunction.

“I think that system ought to have been banned long ago. And I hope that they will summon the courage to ban the system at the earliest possible time.

“I’m told that Kano State Government on Tuesday issued a statement banning it and I believe that the other state governors should be able to follow as quickly as possible,” the senate president said.

He also condemned “criminal elements” who claimed that unemployment compelled them to go into crimes.

He said that Nigeria was not the only country in the world experiencing the problem of unemployment.

“You join Boko Haram because you have no employment. If you are poor then you begin to trade and traffic in human beings so that you can be rich.

“As long as we continue to make excuses for these criminal activities, we are going to find it difficult to improve because there is a mindset already, ‘’ Mr. Mark said.

The Senate Leader, Victor Ndoma-Egba, (PDP- Cross River) in a lead debate, said the “horrible trans-national crime” had continued to give Nigeria a bad image in the comity of nations.

“This modern day slavery has gained notoriety in Nigeria and we have been rated as a source, transit and destination country for human trafficking and forced labour.

“This growing and worrisome trend has a negative impact on the corporate image of our country,’’ he said.

He said most trafficked women and children were recruited from rural to urban centres and foreign countries for domestic servitude, sexual exploitation, forced labour and begging.

He said the re-enactment of the law would strengthen the National Agency for the Prohibition of Trafficking Persons (NAPTIP) to reduce or eradicate the obnoxious practice.

Alkali Jajere (ANPP- Yobe) said most cases of human trafficking were made possible by the parents who neglected their responsibility of taking care of the children.

“I was a victim of almajiri system. There are many children suffering serious degradation due to parental neglect. They turn into rebels and terrorists.

“As part of this re-enactment, we have to put a stop to the almajiri system in the country where our children are forced into the streets to beg for alms,’’ he said.

The bill was referred to the senate committees on judiciary, human rights and legal matters as well as women affairs for further legislative inputs.