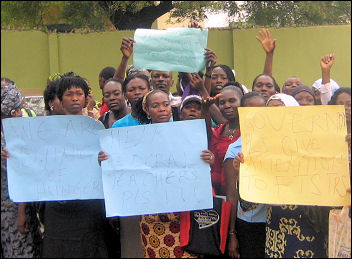 The teachers will commence the strike from June 1.

The Nigeria Labour Congress (NLC) has expressed support for the National Union of Teachers’ proposed indefinite strike over non-payment of their 27.5 per cent enhanced allowance.

The NLC president, Abdulwaheed Omar, stated this in an interview with the News Agency of Nigeria (NAN) on Wednesday in Abuja.

The teachers in public primary and secondary schools plan to commence an indefinite strike from June 1.

Mr. Omar said that the 18 states that had yet to pay the allowance defaulted in the agreement reached with labour on the payment.

“It is the responsibility of the NLC to support the states whenever they think it is time for them to embark on a strike.

“We have written to the union to furnish us with details of the defaulting states, and I am glad that the union’s National Executive Council took a decision on this,’’ Omar said.

The NLC boss said that the congress was also battling with the payment of minimum wage as some states had yet to commence payment.

He said that the congress had agreed on the modality of payment, adding that the state congress would decide the manner of implementation.

Mr. Omar said the states’ councils are expected to negotiate and come up with the salary table, noting that “the NLC is on the negotiating table with the states on how to commence payment.’’