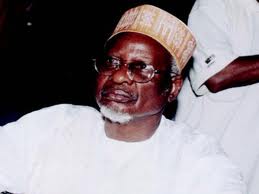 A former Special Adviser to President Shehu Shagari on National Assembly matters, Tanko Yakasai, has said Nigeria is not a failed state as insinuated in some quarters.

Mr. Yakasai, who said this in an interview with the News Agency of Nigeria in Abuja on Tuesday, noted that the numerous challenges confronting the country were also not strange. He said that Nigerians should see the prevailing challenges in the country as part of the processes of development, adding that the country was only 100 years old when compared with other nations.

He said Nigeria had achieved some level of developments given the number of years it came into existence.

“Whenever you have a nation like Nigeria with about 170 million people and which is only 100 years old, you must expect some challenges.

“In the case of an individual, 100 years is long time but in the case of a state, 100 years is nothing. Nigeria has made a great deal of achievement and development since the amalgamation of this country into one in 1914 but I will cite cases to show how important Nigeria is.

“By 1961, the then Secretary General of the United Nations, invited Nigeria to send troops to Congo. From that date till today, there has never been a single day when Nigeria has no troops somewhere in the world helping to maintain peace and order and yet Egypt has never been invited to participate in such operations. You can see the significance of a country like Nigeria,” he said

Mr. Yakasai also dismissed the notion that the strength of a country was measured by the quantity of oil it possessed.

According to him, in spite of the fact that Kuwait produces more oil than Nigeria, it is not recognised in the international community.

“People rate Nigeria in terms of the oil we produce, it doesn’t make a country great.

“Last year, I was part of the delegation of Arewa Consultative Forum invited by President Goodluck Jonathan and when he was addressing us, he made a point, which never crossed my mind that this oil we are talking about is not what makes a nation important because he cited Kuwait, which produces more oil than Nigeria, but nobody mentions Kuwait in any international arena,” he said.

Mr. Yakasai said the challenges Nigeria is facing today are part of the process of nation building.

Politicians behind violence in Borno, Nasarawa, others – Labaran Maku