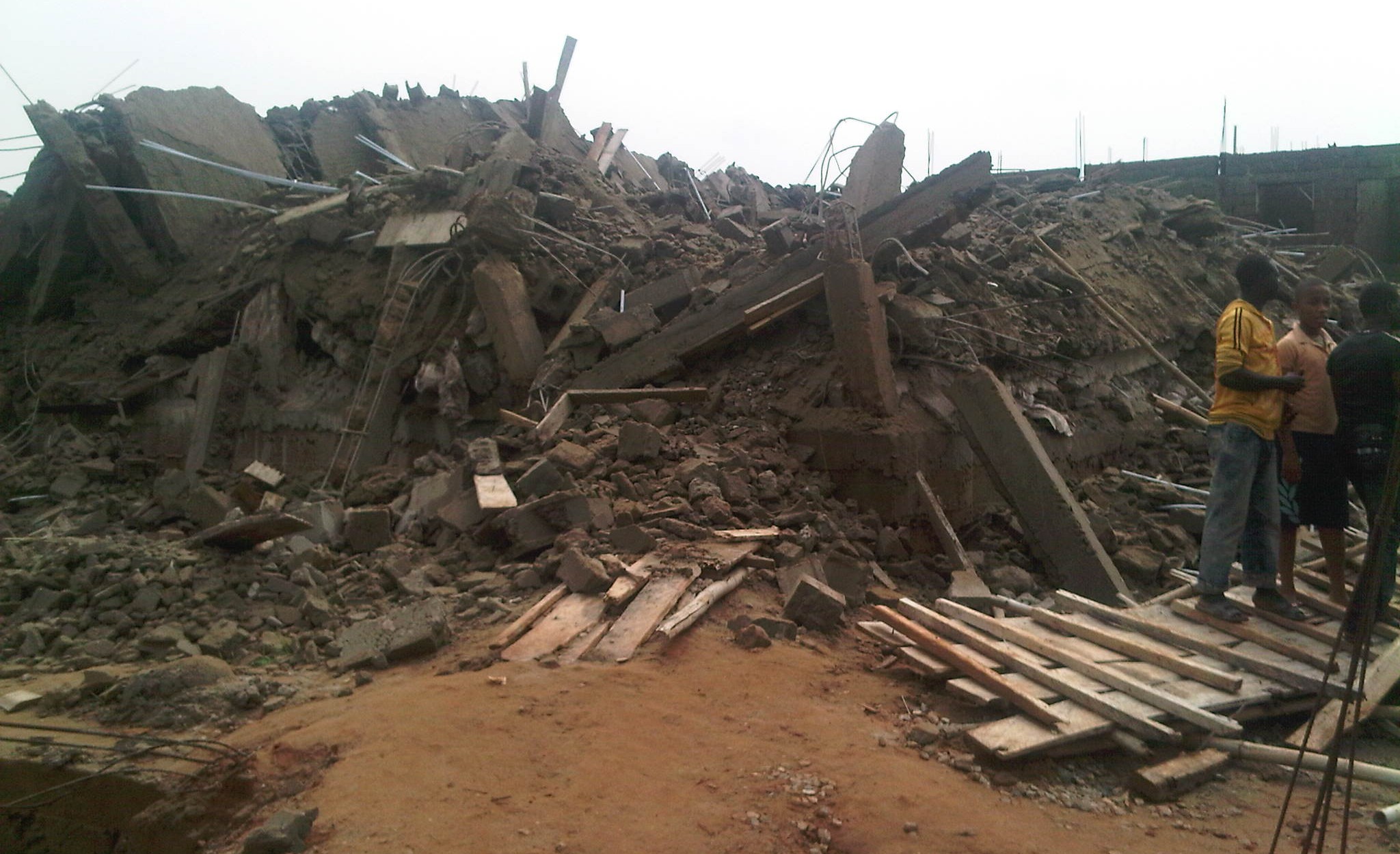 File photo of a collapsed building

Two people are feared trapped in the rubble.

A yet to be completed three-storey building in Lagos, Saturday night, collapsed with about two people suspected to be inside.

The victims, who are labourers in the area, were sleeping inside the building when the accident occurred, according to witnesses.

“We heard a loud crash around 11 p.m. and people started rushing out of their houses,” said a resident who did not want to be named.

“The two men, one is a Yoruba man and the other is a Calabar man, always sleep there. The brother of the Yoruba man just left here crying,” the resident added.

As at 11 a.m., Sunday, there was no sign of rescue effort at the accident site located at Lateef Rufai Way, Liverpool Zone 2 Estate, Satellite town.

Residents say the engineer handling the building, identified as Chidi, was seen Sunday morning in the area, but on learning about the accident, he fled.

“He is well known in this area. Apart from this collapsed house, he is handling other buildings in this area,” another resident, who wants to be identified simply as Mayowa, said.

“You can’t blame the two men who were inside the building. Every uncompleted building here workers sleep inside,” Mr. Mayowa added.

The incident is coming less than a week after another three storey building at Ojodu Berger, belonging to Foursquare Gospel Church, collapsed killing one and injuring four others.