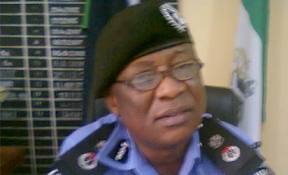 The police said 93 officers went for the operation.

The Nasarawa State Commissioner of Police, Abayomi Akeremale, has confirmed that 28 policemen have been found alive, following the attack by a militia group on May 7.

Mr. Akeremale told the News Agency of Nigeria in Lafia, on Friday that some of the policemen held hostage by the group during the attack were released on Friday morning.

He said that 17 corpses of the slain officers were yet to be recovered, explaining that a total of 93 police men were deployed for the operation out of which 43 were suspected to have been killed.

The police and the state government have blamed a group, Ombatse, in Nasarawa for the killings. PREMIUM TIMES reported how the sect were tipped of plans by the security operative to come dislodge them during an intitiation and oath taking ceremony on Tuesday. The sect members ambushed the security operatives.

Reliable security sources told PREMIUM TIMES that 65 security officials- largely police officers – were killed in the ambush; a figure which if added to the survivors gives the 93 Mr. Akeremale said went for the operation. Many of the victims were later burnt beyond recognition by the attackers.

The police commissioner said that a suspected member of the militia had been arrested and was in police custody, adding that investigations on the incident were going on.

As at time of filing this report, Mr. Akeremale was making arrangements to visit the Squadron 38 Mopol Base in Akwanga.

The commissioner said the visit was to appeal to spouses and children of the slain policemen who had blocked the Akwanga-Lafia highway in protest over the killing.

Big Brother Africa ‘The Chase’ kicks off on May 26