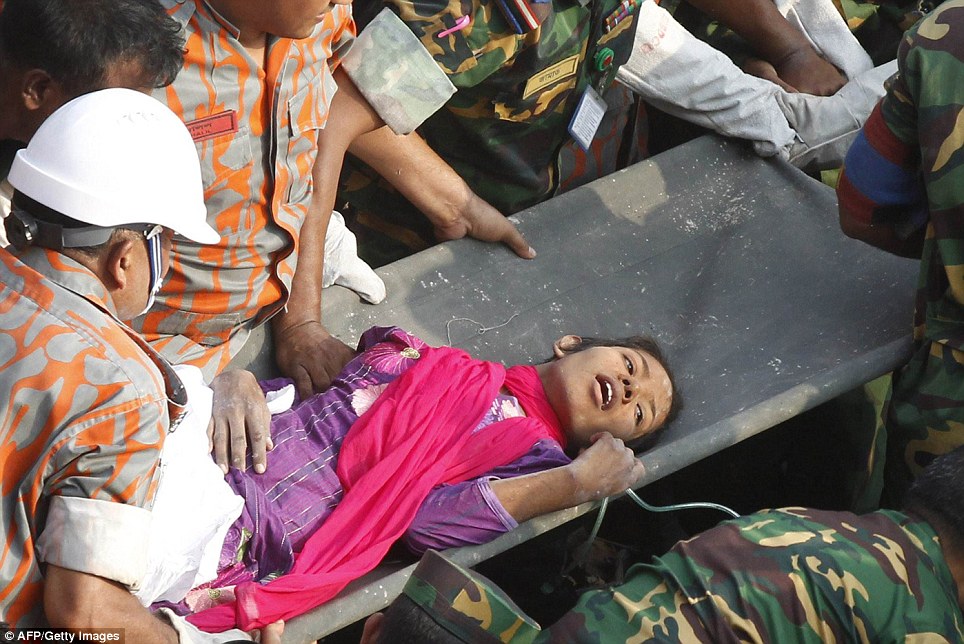 The woman said she survived on biscuit and bottled water.

A woman has been miraculously rescued from the ruin of the Bangladeshi collapsed factory 17 days after the building caved in killing workers.

Rescuers discovered Ms. Reshma on Friday afternoon in the wreckage of the basement prayer room and used handsaws to cut through the rubble.

The crowd erupted in cheers after she was freed within 40 minutes. Ms. Reshma was rushed to a military hospital in an ambulance and was able to speak and walk. She said she survived on biscuit and water.

“I heard voices of the rescue workers for the past several days. I kept hitting the wreckage with sticks and rods just to attract their attention,” she reportedly told the private Somoy TV from her hospital bed as doctors and nurses milled about, giving her saline and checking her condition.

“No one heard me. It was so bad for me. I never dreamed I’d see the daylight again,” she said. “There was some dried food around me. I ate the dried food for 15 days. The last two days I had nothing but water. I used to drink only a limited quantity of water to save it. I had some bottles of water around me.”

She finally got the crews’ attention when she took a steel pipe and began banging it, said Abdur Razzak, a military officer quoted by the AP.

The casualty figure in the building collapse rose to more than 1000 on Thursday in what is one of the world’s worst factory accidents ever.

Ms. Reshma told Somoy TV she was working in a factory on the second floor when the building began collapsing, and she got trapped while racing to exit.

Bangladeshi Prime Minister, Sheikh Hasina, called Ms. Reshma in the hospital and the rescued woman began crying on the phone. She told the Mr. Hasina, “I am fine, please pray for me.”

Mr. Hasina was racing to the hospital by helicopter to meet her and congratulate the rescuers, officials said.