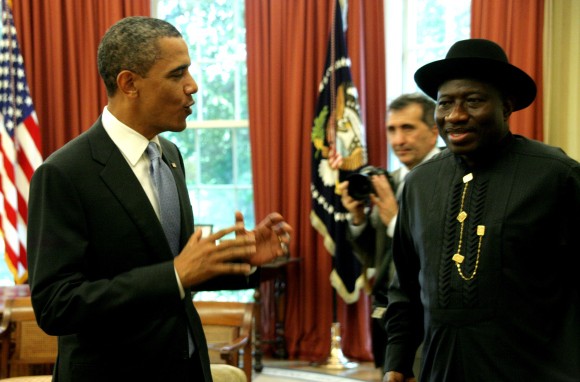 The U.S. government is worried that escalating insecurity in Nigeria, matched with ineffective control, embarrasses and may destabilize Nigeria.

The United States, Nigeria’s major international ally, has expressed ‘deep concern’ over the rising insecurity in Nigeria, warning of the potential instability it poses to the country.

The U.S issued the warning in a statement on Thursday after a meeting with the National Human Rights Commission in Abuja.

Nigeria has been dogged by escalating conflicts in the past one month leading to the loss of hundreds of lives, majorly civilians.

In April, over 185 civilians were killed in Baga – dubbed Baga Massacre – after government forces raided a small border town in troubled Borno State, in search of Boko Haram fighters.

At least 55 Nigerians were also killed last week after Boko Haram fighters attacked security formations in Bama, another town in Borno. The attack saw the Islamic insurgents also free over a hundred prisoners.

Only this week, at least 30 security officers were killed in an ambush by a relatively unknown group in Nasarawa State, less than 100 kilometres away from the capital city of Abuja.

Boko Haram, an Islamic terror sect that has killed thousands of Nigerians since three years of bombings, shootings, kidnappings, and coordinated attacks on security facilities, has been blamed for most of the growing insecurity.

“The United States condemns Boko Haram’s campaign of terror in the strongest terms… Those members of Boko Haram responsible for the violence must be held accountable according to the rule of law,” the U.S demanded.

The Nigerian government, apparently unable to curtail the sect, and under pressures from northern elites, has since constituted a committee to persuade members of the sect to accept amnesty. A similar strategy, where criminals are placed on pay by the state, was used to solve a large part of insecurity in the Niger Delta region in 2009.

The Nigerian government’s counterterrorism response has also been complex, complicit in at least a quarter of the deaths, and ineffective.

The U.S government expressed ‘deep concern’ over the military tactics of the Nigerian government in combating Boko Haram – including extrajudicial killings, prolonged detention, and disappearances – warning that it is tarnishing Nigeria’s global reputation.

“We are concerned that such an indiscriminate force approach to counterterrorism is increasing extremism and decreasing confidence in the federal government,” the U.S said. “These tactics tarnish Nigeria’s reputation as an emerging leader and a stable democratic government.”

The U.S. demanded that Nigeria puts civilian protection in the forefront of its counterterrorism campaign.

“The government now has the opportunity to demonstrate its commitment to the rule of law and well being of Nigerians by, first, adopting tactics in the North that are effective and protect civilians, and, second, ensuring that the National Human Rights Commission carries out an independent and transparent investigation” of killings, the U.S. demanded.

D-Banj, P-Square, Wizkid, others shortlisted for African artiste of the year by Ghana Music Awards