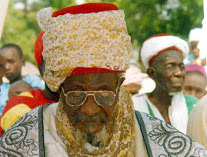 Emir of Gummi dies at 75

The Emir of Gummi in Zamfara, Aliyu Abara, has died at the age of 75.

This was made known in a statement by the Secretary to the Zamfara State Government, Hassan Atto.

Mr. Atto did not give details of the late Emir’s ailment.

The late monarch would be buried on Thursday morning at his Gummi palace according to Islamic rites.

Mr. Abara was appointed the Emir of Gummi on October 20, 2011 after the death of his predecessor, Aliyu Isa.

He is survived by four wives and 42 children, the statement said.

Baga, and the Challenge of Anti Terrorism Enforcement, By Sagir Musa