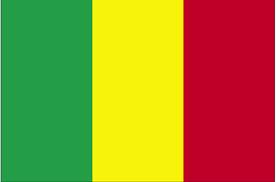 The country’s lean resources have been stretched by a military campaign against rebels.

Mali is in need of urgent support for economic development more than at any time in the troubled nation’s history, its prime minister, Diango Cissoko, said.

Mali is fighting Islamist rebels in the country’s north and has succeeded in driving the extremists into the desert with the help of France and a host of African nations.

The country’s entire budget for 2013 is less than N500 billion-the equivalent of the budget of one of Nigeria’s richest states, Akwa Ibom.

The prime minister urged institutions like the Islamic Development Bank, and all development partners to come together and support Mali.

“Only when we are supported by our partners that we will be able to revive the economy of the country, so that Mali will become the country we knew,” he said.

Mr. Cissoko was speaking at the headquarters of the IDB in Jeddah on a one day visit, ahead of the International Conference on Mali scheduled to take place on 15th May in Brussels.

The Chairman of the IDB Group, Ahmad Mohamed Ali, said his institution supports laudable efforts that will restore harmony among the Malian society.

“The IDB will actively participate in the Brussels meeting and cooperate with your country and other institutions for the socio-economic development of Mali,” Mr. Ali pledged.

The IDB Group has approved $782 million for development projects in Mali since its inception in 1975, and has initiated a Member Country Partnership Strategy, MCPS, aimed at Mali’s economic development and regional integration.

The MCPS is IDB’s economic plan for its member countries aimed at supporting the government and the private sector, as well as promoting regional integration.

Remove politics out of insecurity – Odinkalu