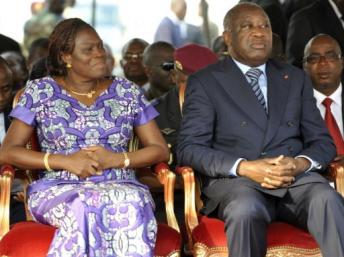 Simone Gbagbo has been moved to Abidjan.

Rodrigue Dadje, a lawyer to Simone Gbagbo, the wife of former Ivorian President Laurent Gbagbo, said on Saturday that his client’s health is deteriorating.

He told newsmen in Abidjan that the former Ivorian first lady had become very weak and emaciated.

“We visited her on Wednesday, she is conscious but she is in a situation that gives us serious concern,’’ he said.

Mrs. Gbagbo is said to be currently receiving medical attention at an international clinic in Abidjan.

The former first lady, who has been in detention in the northern part of Cote d’Ivoire, was on Tuesday transferred to Abidjan on health grounds after many requests from her lawyers.

The arrest of the former president and his wife on June 11, 2011 ended the Ivorian post-electoral crisis which led to the loss of more than 3,000 lives.

She is being accused of crime against humanity, including murder, rape and other forms of sexual violence committed between Dec. 16, 2010 and April 12, 2011.

But the UN Independent Expert on the Human Rights situation in Cote d’Ivoire, Doudou Diene, said Simone was in good health condition.

The International Criminal Court (ICC) on February 29, 2012 issued an arrest warrant on Simone Gbagbo for crimes against humanity.

The Ivorian government also said it had not responded to ICC’s call as it was still awaiting the recommendation of its justice ministry.

The immorality in awarding public land to Turai’s personal NGO, By Adisa Danialu