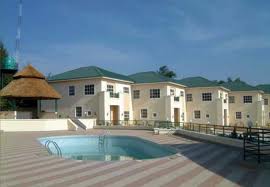 The accused said the tenant owed one year rent.

The police on Tuesday arraigned a widow, Grace Ekum, and her son, Jacob Ekum, in a Kubwa Magistrates’ Court for alleged joint act and criminal trespass.

The Police Prosecutor, Danjuma Abdullahi, told the court that the case was reported to the Kubwa Police Station by Augustine Ekea, a resident of Dutse, Abuja.

The prosecutor said that Mr. Ekea complained that the accused persons, who are his landlords, forcibly entered his apartment on April 22 and packed his property out.

He said that the offences contravened provisions of sections 79 and 348 of the Penal Code.

According to Section 79 of the code, “When a criminal act is done by several persons in furtherance of the common intention of all, each of such persons is liable for that act in the same manner as if it were done by him alone.’’

The two accused persons, however, pleaded not guilty to the charges.

The first accused told the court that Mr. Ekea owed one year’s rent which he refused to pay.

“It was an attempt to eject him from the apartment that resulted to the incident,’’ she said.

The prosecutor applied for an adjournment to enable him assemble witnesses.

The Magistrate, Samuel Edhiare, granted the accused persons bail in the sum of N50,000 each with one surety each in like sum.

Mr. Edhiare adjourned the case to May 6 for continuation of hearing.