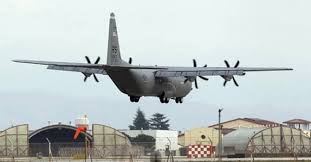 The Taliban claim they shot the plane down.

Not less than seven civilians aboard a cargo plane were killed when a U.S. plane crashed in Afghanistan, the military said on Tuesday.

The crash occurred on Monday at the Bagram airbase, 60 km north of the capital Kabul.

“The cause of the crash has not been determined and we are currently investigating,” NATO spokesman, Bryan Gatewood, said.

Taliban militants claimed that their fighters shot the plane down, saying the attack was part of their spring offensive.

UN appeals for $29mn in aid for North Korea