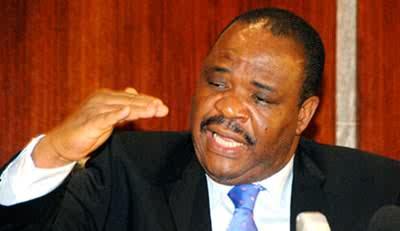 Citing a lean purse, and the pressure of time, the Federal Ministry of Works in Abuja, Wednesday, said they are shopping for N921.4 billion of the N1.39 trillion they need to complete 195 ongoing road projects across the country.

The Minister of Works, Mike Onolememen, who briefed journalists after the weekly Federal Executive Council (FEC) meeting, said, if government were to depend solely on its annual budget, “it will take another eight years before the projects can be completed.”

Mr. Onolememen, spoke alongside the Minister of Information, Labaran Maku, hinting at a plan of a loan to cover the shortfall

“To ensure timely completion of all the projects, a multilateral approach was under way as well as a Public Private Partnership (PPP) scheme that will add about 6,000 kilometers of road nationwide is being explored,” he said.

The minister said in the past twelve years, the federal works authorities spent N1.397 trillion on road works in the six zones of the country. Breaking it down to details, he said: the federal ministry works had completed 31 road projects in the north central zones, covering 1,054 kilometers at the total sum of N262.3 billion.

“Which means that cumulatively unto the time that portfolio is completed we will be requiring about N921.4 billion to complete all the over 195 ongoing projects in the country” the minister said.

For the last year alone, Mr. Onolememen said his ministry received a total capital budgetary provision of about N143.5 billion, and paid out N101 billion. He added that the ministry received a marginal N85.5 billion allocation from the Subsidy Reinvestment and Empowerment Programme, SURE-P, through which six projects were currently being funded including the Lokoja- Abaji-Abuja Road.

The Minister was complemented by his junior minister, Bashiru Yuguda, who disclosed that the ministry no longer paid contractors on presentation of certificate but on completion of a section of the road project.

“This is what we have done to make sure we get value for our money” Mr. Yuguda said.

The Information Minister, Labaran Maku, described the 2012 performance report of the ministry as “heartwarming” hinting that the presidency was happy with it, and that “this nation can be sure that the federal ministry of works is moving ahead to deliver major roads in the country.”