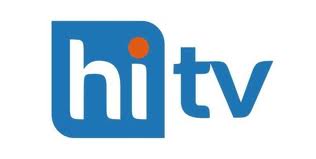 The cable station which was incorporated in 2006 is now defunct.

Officials of the agency, Friday, pasted at the gate of the station’s office at Isaac John Street, Ikeja G.R.A, a notice of default which read: “Refusal to comply with the payment of the land use charge levied on the property;” signed by the Lagos State Ministry of Finance.

Beyond the locked gate is a premises overgrown with weeds and a security guard with Luck Guards who said they had been on the vacant property for two years.

An official of the LIRS told PREMIUM TIMES that the next step is to issue a court summons to the owners of the company.

“They didn’t pay throughout last year. We pasted the first notice in January. They have been owing for about three years,” said the official who did not want to be named.

“The next step is to serve them a court summon and take them to court. The matter will be settled legally,” she added.

Incorporated in 2006, the cable TV station was billed to provide a platform for news, entertainment, lifestyle music, and sports “rich in quality and local programs.”

However, the cable network started facing problems in 2011, after a N9 billion debt it owed the Guaranty Trust Bank, GTB, forced the bank to shut down its office.

On how to effect the court summons to the company’s officials in person, the official said, “We don’t need to serve to anybody, we will just paste it on the gate and take the photo as evidence.”