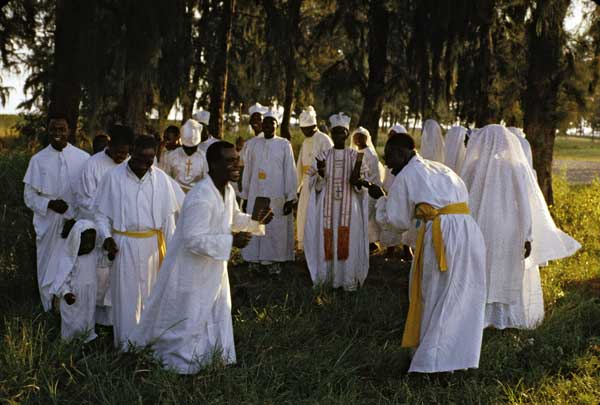 The pastor allegedly sold a house to a different person after collecting N2.4 million from another.

The police on Thursday arraigned a 45-year-old pastor, Ogunleye Henry, before a Kubwa Magistrates’ Court, Abuja, for criminal breach of trust and cheating.

The police prosecutor, Echendu Kelechi, told the court that the case was reported at the Dutse Police Station on March 4 by Olurotimi David, a resident of the area.

He said that when Mr. David called the accused to make final payment, he told him that he had sold the two-bedroom flat and borehole to two different people.

The prosecutor said the offences contravened the provisions of sections 312 and 322 of the Penal Code.

The accused, a pastor with the Cherubim and Seraphim church, pleaded not guilty to the charges.

The prosecutor applied for an adjournment to enable him produce witnesses.

The magistrate, Elizabeth Jones-Wonnu, granted the accused bail in the sum of N150, 000 with two sureties in like sum, and adjourned the case to May 10 for hearing.