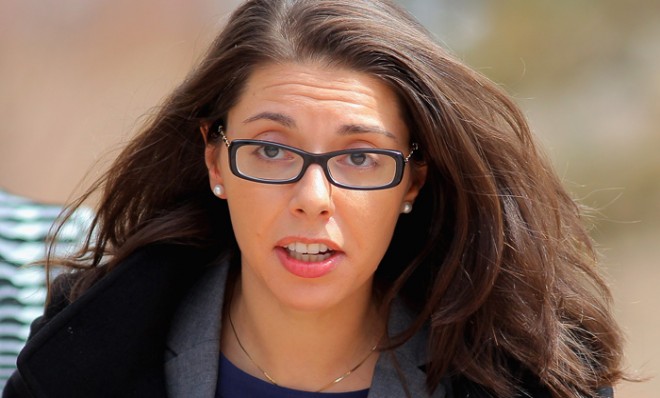 The Colorado judge will determine if the journalist must disclose her sources.

A Fox News reporter was due back in a Colorado courtroom on Wednesday for a hearing on whether she should be compelled to reveal anonymous sources cited in a story.

The court battle of sources of a story is in relation to a report of the July 2012 massacre in which 12 people in a suburban Denver movie theater were involved.

New York-based journalist, Jana Winter, is fighting a subpoena calling for her to testify about her sources for an article that said the accused theater gunman, James Holmes, sent a notebook to a psychiatrist detailing his plans to commit mass murder.

Mr. Holmes’ public defenders are demanding that prosecutors be sanctioned for leaks of the information to the media, arguing that whoever provided the information violated a gag order in the case and undermined their client’s right to a fair trial.

Mr. Holmes, 25, is charged with multiple counts of first-degree murder and attempted murder.

Prosecutors announced last week they will seek the death penalty for the California native if he is convicted.

Ms. Winter said in an affidavit that if she was compelled to divulge the names of the sources, her reputation in the industry would be “irreparably tarnished’’.

“If I am forced to reveal the identities of persons whom I have promised to shield from public exposure, as simply put, I will then be unable to function effectively in my profession, and my career will be over,’’ she wrote.

In a hearing on the issue last week, Ms. Winter’s lawyer argued that the court had not exhausted all possible remedies to trace the origin of the leak, short of ordering her to testify, a requirement under Colorado’s reporter shield law.

Arapahoe County District Judge, Carlos Samour Jr., agreed and ordered a police officer who previously said under oath that he was not a source of the leak to take the stand on Wednesday and testify as to whether he told anyone about the notebook who may have then leaked its contents.

But Mr. Samour, who took over the case last week, also said in a written ruling issued this week that he would not force Ms. Winter to testify until and unless the notebook, which is under seal, became evidence in the case.

Representatives of the Colorado Press Association, the Reporters Committee for Freedom of the Press and the Colorado Broadcasters Association have filed affidavits with the court on Ms. Winter’s behalf.

The president of the Washington, D.C.-based National Press Club, Angela Greiling Keane, issued a statement calling on the judge to drop the issue.

“If anonymous sources believe their identities can be dredged up in court, they will be less likely to disclose to the press information of vital public importance,’’ she said.

Why Nigeria can’t release Alamieyeseigha to Britain for trial – Presidency