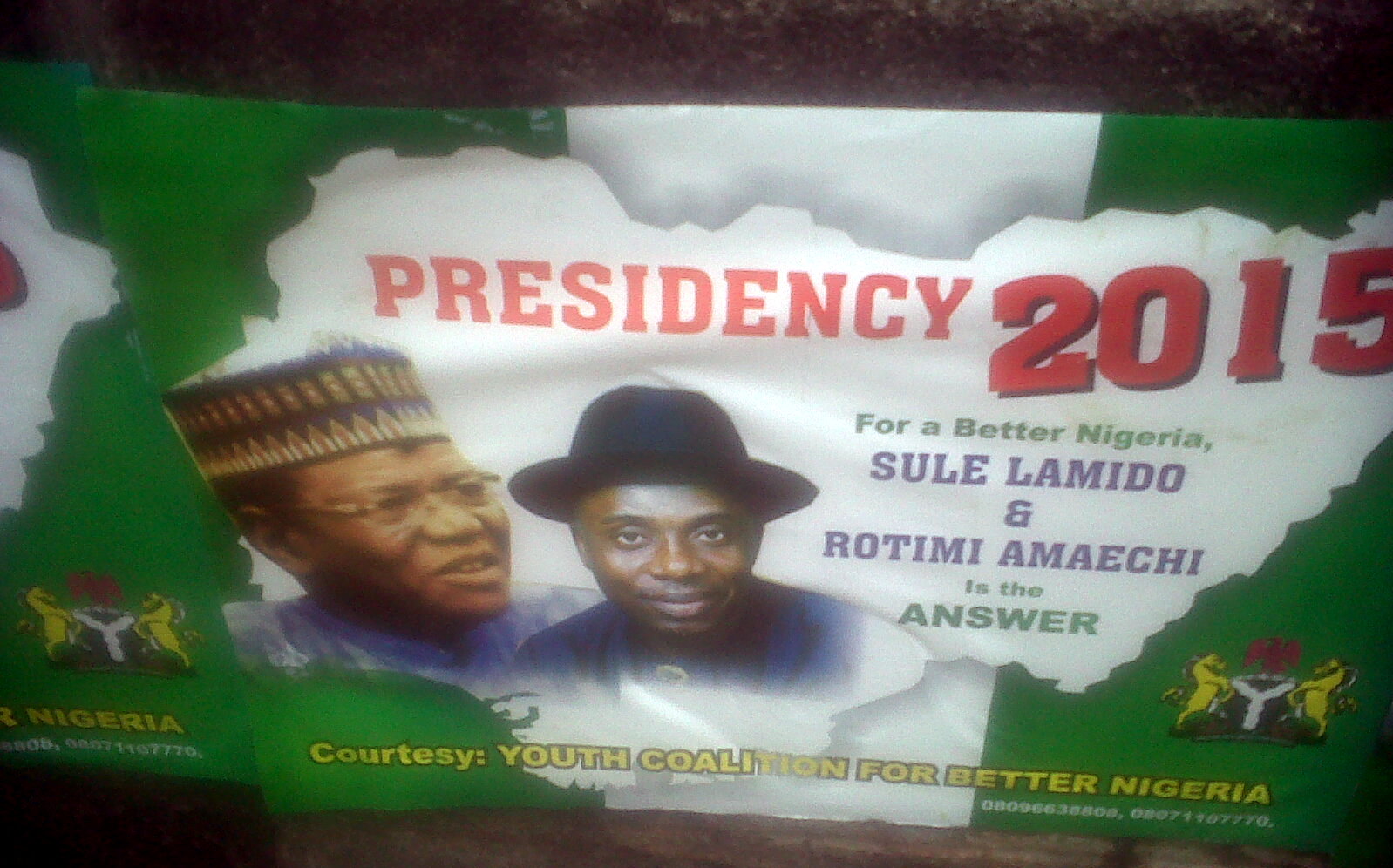 Sule Lamido had once debunked speculations of a presidential ambition.

A joint campaign poster of two serving governors, Sule Lamido of Jigawa State and Rotimi Amaechi of Rivers State, on Wednesday flooded Abeokuta, the Ogun State Capital and its environs.

The posters announced the desire of the two men to contest the 2015 presidential election.

Though both men are members of the Peoples Democratic Party, PDP, they are believed to be in the bad books of President Goodluck Jonathan and the leadership of their party.

Mr. Amaechi is the current Chairman of the Nigeria Governor’s Forum and has admitted that the presidency wants him out of the position because of his insistence on probity and accountability in the oil sector.

The recent formation of the PDP Governors Forum by the party leadership is believed to have been done to whittle down the influence of the Rivers State Governor among his colleagues. The new forum is headed by another PDP governor, Godswill Akpabio of Akwa Ibom.

Prior to the emergence of the posters in Abeokuta, there had been reports that President Olusegun Obasanjo, dissatisfied with Mr. Jonathan’s performance, anointed the two governors to emerge as the candidates of the PDP for the 2015 presidential elections.

All men have denied the rumours although their actions and utterances continue to show that they may not be in support of Mr. Jonathan’s 2015 ambition.

The emergence of the campaign posters in Abeokuta, the base of Mr. Obasanjo, may however further fuel the reports.

The posters, courtesy of the Youth Coalition for Better Nigeria, showed Mr. Lamido as the Presidential Candidate, while Rotimi Amaechi would be his running mate.

The posters did not reveal the party under whose platform the duo will contest for the country’s number one and two seats.

The three-colour poster has the Nigeria logo at its background, with Mr. Lamido putting on the popular Hausa cap, and Mr. Amaechi adorning the Rivers State cap that he is popular for.

“Presidency 2015: For a better Nigeria, Sule Lamido and Rotimi Amaechi is the Answer,” is the slogan on the posters.