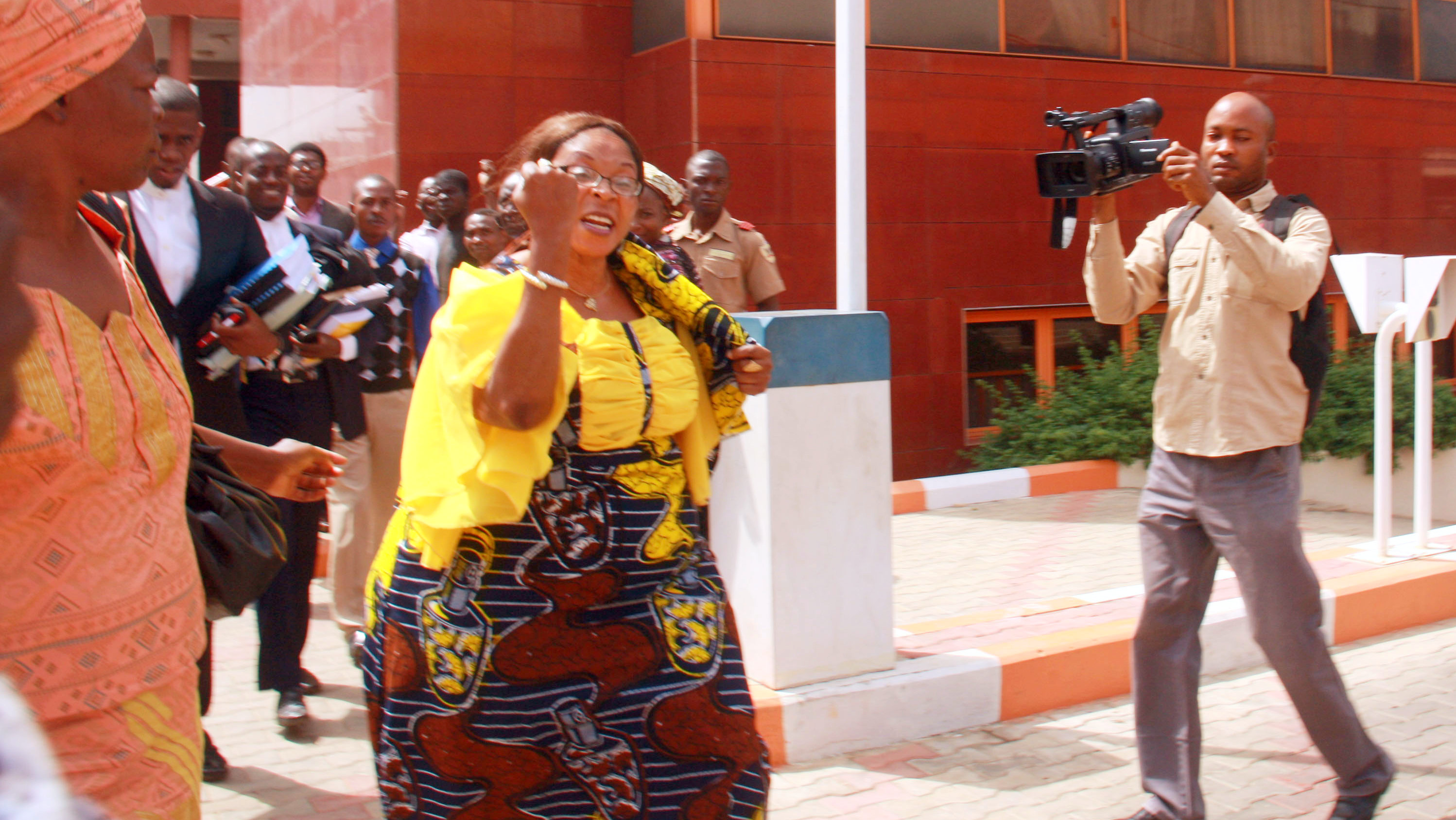 The accused did not want her pictures taken at the Abuja court. 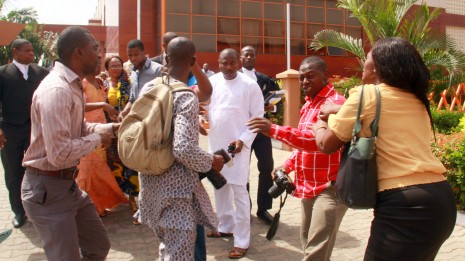 An accused in the N32.8 billion pension scam, Veronica Onyegbula, who was arraigned before an Abuja High Court, on Wednesday turned violent and attacked a photo journalist at the court premises.

The News Agency of Nigeria reports that Mrs. Onyegbula attacked the journalist, who tried to get her photograph while she was stepping out of the court with her face covered with a wrapper.

The suspect used one of her hands to hit the photo-journalist.

At the resumed sitting, the prosecuting counsel, Rotimi Jacobs told the court of the amended charges for the accused persons.

The EFCC had alleged that the accused persons conspired and sequentially withdrew money from the Police Pension Fund (PPF) in an account domiciled at First Bank of Nigeria and shared it amongst themselves.

Mr. Jacobs said that one of the accused, Inuwa Wada, collected N18 million from Unity Bank Plc, as his reward for retaining the Police Pension Account with the bank.

He also maintained that the fraud was perpetuated between January 2009 and June 2011.

M. Jacobs told the court that he had no objection to their bail application and pleaded with the court for a short adjournment to commence trial on the matter.

Justice Hussieni Baba-Yusuf, granted the plea and adjourned the matter to May 4, for the commencement of the trial.

He said that the accused should still maintain their bail terms.

One of the accused, John Yusuf, had pleaded guilty to stealing the pension funds and was controversially sentenced to two years in prison each on three counts with an option of N750, 000 on the three counts. He paid the fine and was set free but was subsequently re-arrested by the EFCC for false asset declaration.