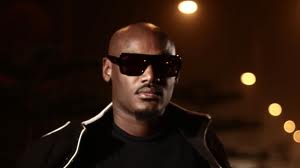 The tour is aimed at extolling the star quality and widespread appeal of contemporary African musicians.

Top Nigerian musicians: 2face, Davido, Ice prince and Professor, are set to rock fans at the MTV Africa All-Star tour which will take place on April 13 at the Federal Palace Hotel, Lagos, the music channel revealed in a statement.

The tour, an MTV initiative, is a new pan-African music and youth empowerment campaign aimed at extolling the quality and widespread appeal of contemporary African music; and also provides exposure to the continent’s talent in music.

The initiative also aims to raise the international profile of KwaZulu-Natal, the backbone of the tour, as a premier destination for tourism and economic development.

With successful preview editions of the MTV Africa All Stars Tour in Nairobi-Kenya and Durban, the star tour will cumulate in the inaugural MTV Africa All Stars Concert in Durban, South Africa on May 18. The ultimate show will be headlined by American entertainment icon, Snoop Lion aka Snoop Dogg, at the Moses Mabhida stadium, in Durban.

Basket Mouth to venture into acting