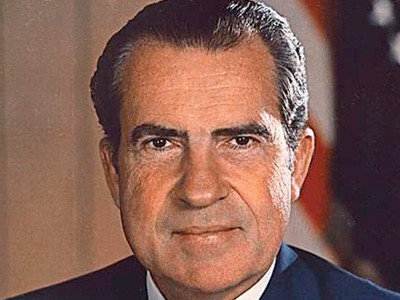 With soaring corruption and receding life standards, Nigeria’s global reputation is far from lustrous. But decades ago, when official sleaze hadn’t reached heinous levels, and Nigerians were not considered the world’s Internet scam kings, the nation stood tall, her citizens globally respected. And officials reveled in that pride.

On one testy occasion that speaks volumes of that psyche, a blunt Nigerian official told a United States ambassador that Nigeria was not one of America’s “banana republics,” stirring anxiety in Washington.

The comments were made by Joe Iyalla, a permanent secretary in the Yakubu Gowon administration and a respected career diplomat, according to declassified U.S. diplomatic documents seen by PREMIUM TIMES.

In 1972, the documents say, Mr. Iyalla summoned the US ambassador to Nigeria, John Reinhardt, and detailed to him the sins of America, in a peculiar way worthy of reference today.

He accused the United States of maltreating Nigerians in the U.S, and failing to investigate the killing of a Nigerian amongst other shortcomings in what he said formed a “trend and pattern” showing the Richard Nixon administration’s effort at undermining Nigeria.

One sidesplitting case, for which Mr. Iyalla also sought explanation for, was the case of American businessmen and politicians arriving Nigeria for a business interest, and gearing to have an audience with the then head of state, Mr. Gowon, without prior appointment.

“I think we got them straight,” Mr. Iyalla told Mr. Reinhardt, “and they now realize that Nigeria is not one of your banana republics.” Mr. Reinhardt regretted the events, but explained that the U.S. government could not be held responsible for all the transgressions of its citizens abroad.

But in Washington, the comments which came after months of seemingly fractious relations between the two nations, were far more troubling than the ambassador’s cheery response. For the Americans back home, it was a matter of significant diplomatic importance that relations with Nigeria, then, regarded an influential nation and a potential global leader, remain affable and warm.

The secret exchanges, which showed the diplomatic sprains, shortly after the Nigerian civil war, offer a rousing appeal of the Nigeria of yesterday, compared to the Nigeria of today and present an opportunity for our today’s diplomats to lesson lessons for charting an ideal diplomatic strategy for Nigeria.

And by contrast, the cables reflect a sobering story of where a nation, promising and well respected in the eyes of the world, has landed four decades later.

Besides the treatment of Nigerian citizens, the central issues between Nigeria and the United States concerned what the Nigerian military regime saw as America’s continued indifference to demands on it to move against the apartheid regimes in South Africa and Rhodesia (now Zimbabwe).

Part of the troubles too, was a recollection of the not-so-warm relations between the two nations during Nigeria’s bloody civil war. And the Nigerian government seemed poised to respond somewhat tit-for-tat for all America’s wrongs.

Leading that drive was Okoi Arikpo, the federal commissioner for External Relations, from the old Cross River state; and Mr. Iyalla, who, as the permanent secretary, was Mr. Arikpo’s second-in-command.

Mr. Arikpo, as did the Head of State, General Gowon, repeatedly chastised the U.S. government for resuming the importation of chrome from Zimbabwe, against United Nations sanctions. They also begrudged the U.S. over its critical role during the civil war in Nigeria.

But more than anyone else, not even Mr. Gowon, it was Mr. Iyalla who turned a thorn in America’s side, the memos show. One letter from Lagos to Mr. Kissinger referred to Mr. Iyalla as a “prickly customer” to the U.S.

Highlighting that concern, in July 1972, U.S officials filed two letters to Washington, stating their frustration with “sub Saharan Africa’s largest country”, particularly how their plans to open a Regional Trade Centre in Lagos, a new consulate in Port Harcourt, and new investment drives were blocked by the Nigerian authorities.

“Although there is no crisis in our relations, you should know that the Nigerian attitude toward the US has become increasingly vexatious in recent weeks,” the Executive Secretary for the American embassy, Theodore Elliot, told the then Secretary of States, Henry Kissinger, in one of the letters.

“While we continue to encounter a number of petty annoyances on such administrative matters as visas and our Embassy leases, at least some elements of Nigerian officialdom now seem intent on raising obstacles to our longer range commercial and investment goals as well. If nothing else, the abrasive tone that is creeping into their handling of our requests is a matter for concern.”

To Mr. Iyalla, the harassment of Nigerians, as he said, was a bit personal. An Ijaw from Bakana in Degema Local Government of Rivers state, he was Nigeria’s wartime ambassador to the United States, an avid devotee to the philosophy of “one Nigeria”.

On his first outing in the United States as ambassador while the war thickened in 1968, shortly after presenting his credentials to President Lyndon Johnson, he spoke of how Nigerians were gratified by Mr. Johnson’s remarks affirming the U.S. belief in the “unity and integrity” of Nigeria.

He told the American public, anxious of news about the brutal war, of his government’s commitment to ensuring “the least possible physical damage, especially to life”.

He was unwavering about the objective of the military campaign between Nigerian and Biafra. “We cannot be complete until we have 12 states. And no section can be left out,” he was quoted by the Baltimore Afro-American newspaper of March 9, 1968.

As a hunch to the prickly relations between both nations, apparently over the war, Mr. Iyalla said Nigerians believed the friendship between both nations were capable of overcoming temporary disagreements or divergences of opinion until they are “clarified to the satisfaction of both sides.”

In the months that followed, Mr. Iyalla’s tenure as ambassador was apparently fraught with strains with the Americans, and by 1972, he was denied a farewell audience by President Nixon.

“Two things have happened–First, General Gowon is personally unhappy that the U.S. has resumed imports of Rhodesian chrome in violation of UN sanctions, an unhappiness apparently shared by other key officials,” said a memo dated July 11, 1972, from Melvin Levine, a National Security Staff, to Mr. Kissinger said.

“Second, former Ambassador to the U.S. Joe Iyalla has become number two man in the Foreign Ministry. Always a prickly customer with us, Iyalla’s feelings were hurt because President Nixon would not receive him for a farewell call last April (our schedule proposal was turned down).”

Those were sins the Americans were sure to pay for, alongside other misdemeanors, according to the cables.

But despite the seeming personal dimension, the responses by the Nigerian military government, and Mr. Iyalla in particular, after he returned to Nigeria, somewhat underlined an era of a forceful Nigerian foreign relations that discountenanced intimidation and humped more for the country’s interest as, at least then, a sovereign nation and continental leader.

By October 17, 1972, Mr. Iyalla, then a permanent secretary, summoned the American ambassador, Mr. Reinhardt, to his office for an upbraiding that lasted more than three hours.

First, he raised an issue about a former Biafran External Affairs commissioner, Christopher Mojekwu, who had been granted visa into the U.S, an act the Gowon military government considered a betrayal and attempted to block, fearing Mr. Mojekwu might continue to rally opposition against the regime from the U.S. Indeed, he rallied such voices.

The ambassador said they were finding ways not to renew Mr. Mojekwu’s visa and to terminate his stay. The matter had been discussed between the commissioner, Mr. Arikpo and his US counterpart. But Mr. Iyalla needed to press the Americans harder.

He also raised issues with the alleged shabby treatment at Dulles airport, Virginia, of Dr. Dikko, then a federal commissioner, and several other Nigerian officials.

He also forcefully pressed the case of Nazif Mohammed, an accredited member of the Nigerian embassy staff in Washington, who in July, 1972, was “manhandled by the Washington police.” And Washington refused to offer explanations or apologies.

“Today is October 17, and we still await an answer,” Mr. Iyalla was quoted by the ambassador as saying.

Another point of worry was the case of an American woman, Lily Smith, who picketed the Nigerian embassy for days and the Washington police, the executive protective agency, and the department of state allegedly refused to respond.

Then the murder of a Nigerian man, one Dr. Adigun, was the next case. A decent, upstanding Nigerian citizen, Mr. Iyalla said, was murdered in cold blood and in very suspicious circumstances in Los Angeles. Nigeria was neither informed at the time, nor investigations carried out by the authorities there, he said.

He then questioned the ambassador why a group of American businessmen should, “in typical American fashion” wanted to rush in and talk with the head of state and seal a deal on the spot.

Mr. Iyalla said those were just a few of a “trend” showing America’s determination to downgrade Nigeria and vowed to disallow that. The ambassador denied knowledge of the incidents except Mr. Mojekwu’s and offered apologies for some of the issues.

But in his dispatch home, Mr. Reinhardt mocked the permanent secretary, describing his alluding to “patterns and trends” as a “little short of nonsense”.

“Since Iyalla’s return in May, I have never doubted that something was in his craw,” Mr. Reinhardt wrote. “There is no reason to believe that today’s regurgitation leaves him empty, but it’s good to have what I obtained.”

Today, the Nigerian diplomatic service seemed to have broken down with officials displaying inferiority complex and largely unable to stand up for the country and its citizens in their duty posts. Even here in Nigerians, embassies mistreat Nigerians in the full glare of authorities, and hardly are actions taken.

Recently, the Nigerian embassy in Senegal was vandalized by a group of aggrieved Nigerians. The Senegalese police wouldn’t respond to distress calls, arriving only after extensive damage had been done to the embassy and staff beaten up. The Senegalese authorities are yet to respond to Nigeria’s protest over the matter.

Olugbenga Ashiru, Minister of Foreign Affairs believes “the problems being noticed in the foreign service today had its origin in the way successive governments have handled the affairs of the Ministry”.

“At the end of the civil war in 1970 and with the commencement of the rise of Nigeria’s profile in international arena, the then government headed by General Yakubu Gowon carefully nurtured a foreign service that was focussed, articulate, dynamic and well funded,” Mr. Ashiru wrote in a 2009 op-ed for ThisDay.

“It deliberately selected the best dramatis personae that were to run the Ministry of Foreign Affairs and its diplomatic missions abroad. In selecting these officers the overriding consideration was based on merit; while square pegs were put in square holes; professional diplomats were allowed to run the Ministry and the diplomatic missions abroad. General Gowon resisted pressures from several quarters to also inject political appointees into the service and the country was the beneficiary.”

Pope Francis, The Cube Of Love, And Boko Haram, By Adeolu Ademoyo