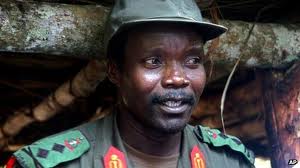 The 100 U.S. Special Forces helping with the search have also suspended operations.

Mr. Kony is wanted by the International Criminal Court for war crimes.

He and his commanders are accused of abducting thousands of children to use as fighters in a rebel army that earned a reputation for chopping off limbs as a form of discipline.

Uganda provides more than 3,000 troops of a 5,000-strong African Union force hunting Mr. Kony and his fighters, who are thought to be hiding in jungles straddling the borders of Central African Republic, South Sudan and Democratic Republic of Congo.

They swept into the capital Bangui in a lightning offensive which triggered days of looting and drew international condemnation.

The Seleka rebels also killed 13 South African soldiers during their attack on Bangui.

“These rebels have been openly hostile to us and following that, the president of Uganda, Yoweri Museveni, has ordered us only to be in defensive positions,” said Dick Olum, head of Ugandan troops in the force hunting Kony, and also the overall force commander.

“So we’ve temporarily suspended offensive operations against the LRA for now until we receive further orders,” he told Reuters on Wednesday.

It was not immediately clear if troops from other countries in the regional force were also giving up the search.

“We have temporarily paused the operations against LRA to give us time to consult with the State Department,” Crane Elise, U.S. embassy information officer in Kampala, told Uganda’s Daily Monitor newspaper.

LRA fighters fought the Ugandan government for nearly two decades before being ejected from their strongholds in the north of the country in 2005, forcing them to establish bases in the jungles of other countries in the region.