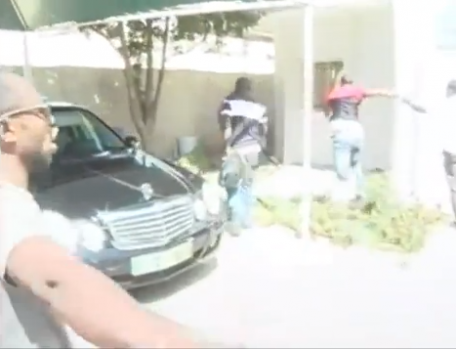 Nigeria coy on next step over Dakar Embassy attack

The embassy was vandalized by a group of protesting Nigerians.

The about 36 Nigerians who took part in the vandalisation of the embassy were protesting what they considered the poor treatment of the corpse of a murdered member of the Nigerian community in Senegal.

The aggrieved Nigerians had sought to retrieve the body of the deceased from the Senegalese authorities, only to find that the body had been disposed off without informing the Nigerian Community.

A video of the vandalisation had gone viral on YouTube.

The Minister of Foreign Affairs had told PREMIUM TIMES early March that the Federal government had written a protest letter to the Senegalese government.

“We are waiting for responses from the Senegalese authorities before we can take a next line of action” the minister said.

Mr. Ashiru also said preliminary investigations suggested that the deceased Nigerian was “killed by his Senegalese business partner” but added that “we still do not have adequate information to arrive at a clear picture at this point, and refused to be drawn into what measures his ministry or the Nigerian authorities will be considering.”

The spokesperson of the Foreign Affairs Ministry, Ogbole Amedu-Ode, who spoke to PREMIUM TIMES on Tuesday said that the Senegalese authorities are yet to comment on the events that led to the protest or respond to Nigeria’s protest letter.

He added that he had no had no idea if or when they would respond. He declined to comment on what action the federal government would take if Senegal did not respond to its letter.