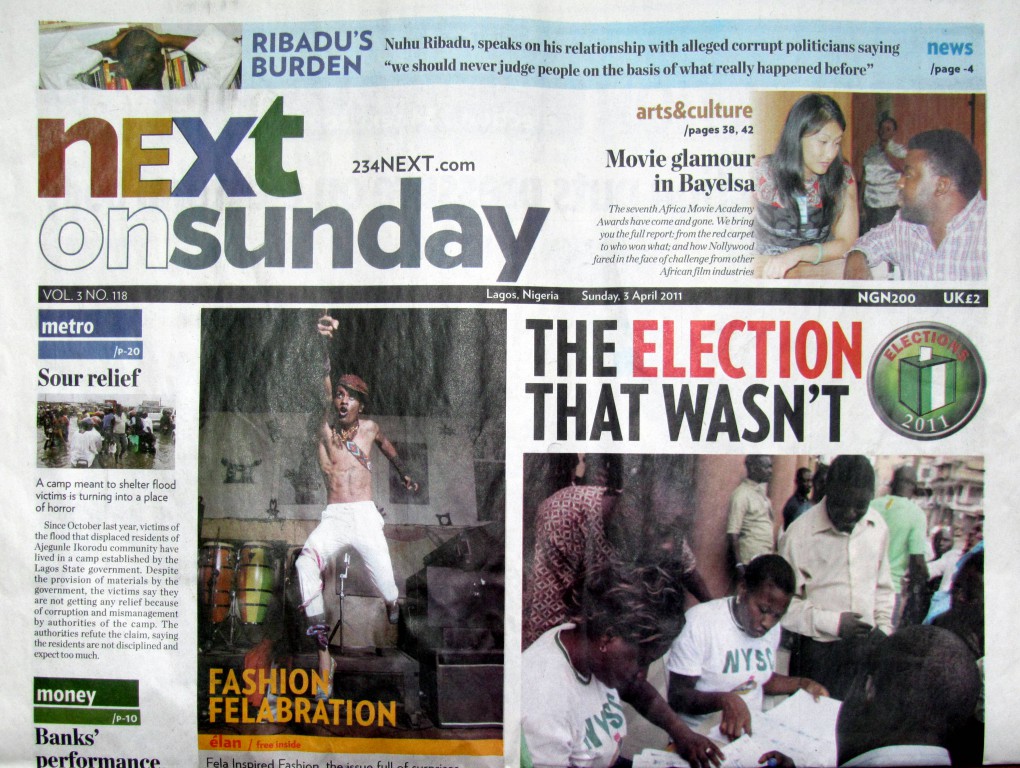 The National Industrial Court sends a wake-up call to the Nigerian media industry.

In what is seen as a major wake-up call to the industry notorious for owing staff long period of unpaid wages, Justice B. B. Kanyip of the National Industrial Court, in giving the order to the media house, said: “It is…my order that the defendant shall accordingly pay to each of the claimants the sum of money as stipulated against his/her name within 30 days of this judgement.”

The judgement was made on March 6 and the 30 days would lapse on April 6, five days from Tuesday.

Mr. Thomas asked the court to compel Mr. Olojede’s company to pay his entitlements. He resigned from Timbuktu Media in April 2010 and went to court a year after when the company refused to pay all his entitlements.

The five others sued Timbuktu Media for wrongful termination of their employment in 2011 and refusal of the company to pay their entitlements.

The court ordered the company to pay the six claimants amounts ranging from N527, 000 to N1.1 million.

Timbuktu Media, the brainchild of Mr. Olojede, debuted as an online publication 234next.com in 2008, before Next on Sunday and Next Daily hit the newsstands shortly after.

The medium was renowned for its ground breaking investigative stories, uniquely designed print, and overall quality of content.

It was however bogged down by management challenges and a harsh Nigerian business climate. Its transparent news reporting constantly irritated government officials and private entrepreneurs who saw it as unyielding in its crusade against bad governance, corruption, and abuse of power.

Justice Kanyip’s decision will most certainly give a new boost to the challenge against publishers in the media industry who have made a tradition of owing journalists months of unpaid salaries.

The wave of unpaid salaries in the face of their prostrate labour union, that hardly fight the cause of members, and the general moral slide among journalists, have been mentioned as key factors in the spread of corruption in the Nigerian media.