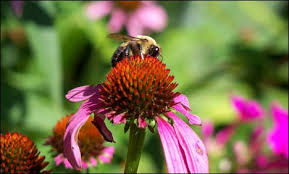 The experts said so in separate interviews in Lagos.

Some medical experts in Lagos on Saturday said pesticides and other insect killer chemicals could affect the quality of sperm in men.

They told the News Agency of Nigeria in separate interviews in Lagos that low sperm quality could cause sterility.

According to her, such factors are pesticides and insecticides, which are mostly overlooked by most people as damaging to the sperm producing organ of men.

“Indiscriminate exposure to these elements should be limited, if not avoided because low sperm count and poor sperm quality are the causes of infertility in men,” she added.

A general physician, Ibidun Abimbola, said that over exposure to insecticide used in killing mosquitoes could have harmful effect on the sperm producing organs of men.

“Chemicals from pesticides and insecticides can cause damage, not only to the health, but also to the male reproductive organ.

“Reduction in sperm quality due to several exposures to pesticides and insecticides can result in infertility,” she said.

She listed other factors responsible for low sperm count in men to include work related stress, and lead fumes generated in the manufacturing of small cell batteries.

“Exposure to X-rays should be limited as sperm cells are easily damaged by its gamma rays.