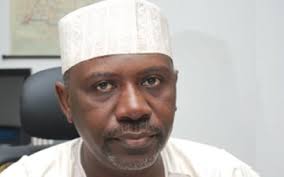 Head of service of the federation

The President noted that the civil service is central to the realization of his administration’s transformation agenda.

President Goodluck Jonathan has charged the new Head of the Civil Service of the Federation, Bukar Aji, to work on curtailing corruption and enhancing discipline in the service.

The President gave this charge while swearing in the new Head of Service at the Presidential Villa, Abuja.

He also said his government and the people of Nigeria expect Mr. Aji to focus on those areas that are most important to the lives of the people.

“In particular, you must focus on those sectors that will help the administration to deliver with urgency, beliefs and benefits which are the core of our survival as a people such as agriculture, infrastructure, education, health amongst others.

“You must also pursue with vigor the true implementation of the performance management system in the civil service, I believe its full implementation will positively improve the ability of civil servants to discharge their responsibilities. I also expect that you will intensify your efforts to enhance discipline and curtail corruption in the service,” the president said.

The president noted that the civil service is central to the realization of his administration’s transformation agenda and the associated hopes and aspirations of Nigerian citizens, adding that Mr. Aji’s vast experience should be brought to bear on the realisation of the dreams of government.

Mr. Jonathan also noted that “the civil service was historically acknowledged as the citadel of excellence where the best brains, equipment and strategies are engaged” and further charged the new civil service boss to “work hard to bring back that type of civil service in the interest of our nation.”

“It is in this regard I want to call on all civil servants to lend you their unalloyed support especially the permanent secretaries that will work with you and cooperate in the movement of greater efficiency, dedication [and] patriotism in service”.

He expressed appreciation to the immediate past head of civil service, Isa Sali, for his service to the nation and charged him and other retired heads of service who also attended the swearing-in to extend their support to the new Head of Civil Service.

Speaking with journalists at the State House after his swearing-in, the new Head of Civil Service said his immediate priority was to reposition the Service for the attainment of the objectives under the transformation agenda of government as directed by the president.

On how this can be achieved, Mr. Aji said, “We will emphasise on fast-tracking the processes so that we will ensure there are concrete outcomes for our people to see and that is the immediate priority that I will put my attention to.”

” My predecessors have done excellent jobs in this direction and that for us to continue to gain the confidence of Nigerians, we have to do that because whether civil service or whatever level you find yourself in the service of the nation, what matters most is what comes to the people at the end of it and this is what I will assure Nigerians that we are ready to do,” he said.

On the issue of job racketeering, Mr. Aji said it was not peculiar to the civil service pointing out that “just like any other sector of our national life, you must know there are syndicates. There are crooks who tap into the websites of agencies that are not even known to those agencies and before you know it, unsuspecting Nigerians are found in the hands of those dubious characters.”