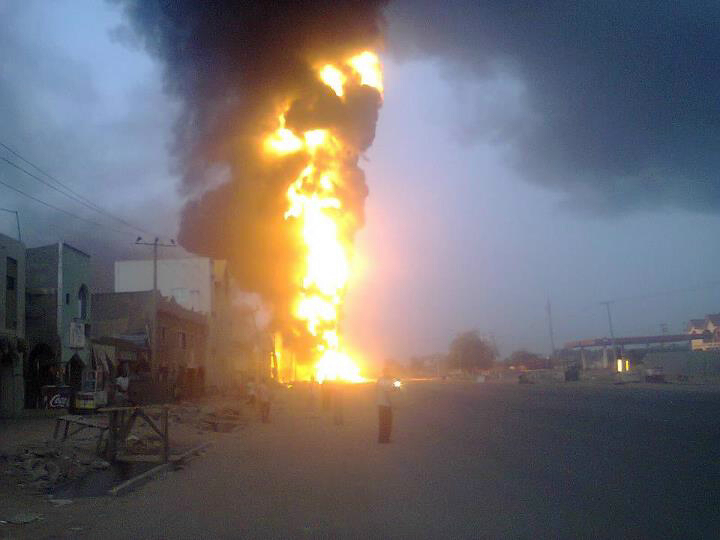 The incident happened on Monday morning.

Initial reports indicate that the explosion occurred around the Bayero University Road and may have been due to break failure of one of the tankers causing it to collide with the other.

A Kano journalist, Ismaila Dan-Muhammadu, was quoted by a news aggregator, NEWSMAN, as saying that the two tankers exploded at a military checkpoint following a break failure after being stopped by soldiers for routine checks.

“Two persons were engulfed in the inferno from the explosion with both drivers believed to have died. A kid was also knocked down by a vehicle that lost its brake due to the explosion,” the journalist, who reportedly witnessed the explosion, said.

He said emergency and security services are currently helping victims of the explosion.

Efforts to confirm the incident and casualty from emergency authorities are ongoing as the spokesperson for the National Emergency Management Agency, Yushau Shuaib, could not be reached.

INTERVIEW: Being Married to a Soyinka is Great, But I Have My Own Identity–Lola Shoneyin

David Mark did not give Tuface any car gift- spokesperson