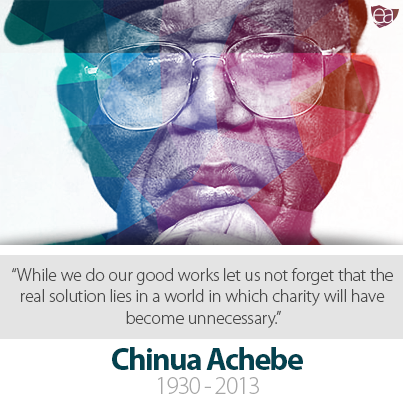 A statement released by his agent and family confirmed that he died last night in a hospital in Boston, Massachusetts, “following a brief illness.”

Describing the late writer as “one of the great literary voices of his time”, the statement also said Prof Achebe  “was also a beloved husband, father, uncle and grandfather, whose wisdom and courage are an inspiration to all who knew him. Professor Achebe’s family requests privacy at this time.”

The statement said Mr. Achebe’s “wisdom and courage” was an “inspiration to all who knew him.”

Meanwhile, Brown University, where foremost novelist, Prof Chinua Achebe, worked until his death last night, says it would organize a memorial in honour one of its most valuable faculty member in history.

A statement from the university, emailed to PREMIUM TIMES, described the late literary icon’s passing as an event as global significance.

Prof Achebe joined Brown in September 2009 and was its David and Marianna Fisher University Professor and professor of Africana Studies until his death.

And a thick layer of grief has enveloped the university with faculty members terribly devastated by news of his death.

In tribute, Brown University President, Christina Paxson said, ““The colloquia he organized at Brown attracted a grand array of guests and effectively demonstrated how the humanities can build understanding by drawing from and encouraging a variety of perspectives. We were honored to have him among us.”