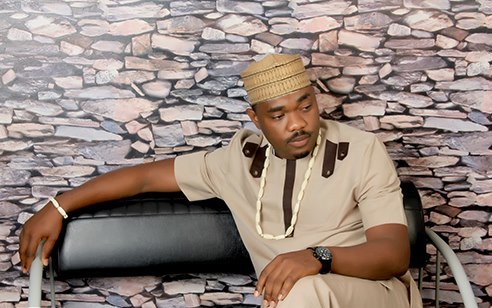 All Progressives Congress had persistently alleged that the PDP was behind the registration of the African Peoples Congress.

The man behind attempts to register the African Peoples Congress is a card carrying member of the ruling Peoples Democratic Party, PDP, who has carried out several hatchet jobs for the party hierarchy in the past.

The African Peoples Congress, in a surprise stunt, beat the All Progressives Congress, a result of a merger of four opposition parties, to commencing a registration process with the Independent National Electoral Commission, INEC.

The All Progressives Congress has alleged that African Peoples Congress move was orchestrated by the ruling Peoples Democratic Party, PDP, in order to stifle its operation.

This allegation, findings show, was not a wild one.

The lawyer, Samuel Chinedu, who filed the application of the African Peoples Congress, APC, to INEC, woke on Friday to see that he had become popular, a dimension he had no idea his life will take.

The Nation newspaper had, on Friday, ran a story on the lawyer detailing the manner of transaction he had with INEC by applying to register the African Peoples Congress.

The story, in which Mr. Chinedu said he was just a young lawyer, went viral.

He gave the name of his patron and the details of their transaction.

“Ugochinyere Ikenga approached me sometime in February 2013 to put in an application for the registration of a political party by name African Peoples Congress,” Mr. Chinedu told The Nation.

“He paid me an initial sum of N30, 000 and later added another N50, 000 and a Samsung Galaxy phone after I had filed the papers, with a promise that he was going to settle me after the party must have been registered.

He said he never envisaged that there was an ulterior motive to the registration of the African Peoples Party.

“There was no way I could have visualized, whether or not there was an ulterior motive in the registration of that political party. I was, however, surprised to see my name all over the newspapers, including a sample of the application letter I wrote to INEC.

“I wish to let Nigerians know that I am not a politician in anyway whatsoever. I regret the issues at hand and the dimension the entire thing is taking,” he said.

Mr. Ikenga, PREMIUM TIMES findings show is not only a card carrying member of the PDP, but has been involved in several hatchet jobs within the ruling party.

Mr. Ikenga, also a lawyer, had on March 10, 2012, approached a Federal High Court in Lagos, asking it to stop Bamanga Tukur from vying for the position of PDP national chairman.

He told the court that he is a card-carrying member of the PDP, and requested to stop Mr. Tukur on the grounds that he was not qualified to lead the PDP, having allegedly “failed, and/or neglected to re-activate his membership” in accordance with the party’s constitution, after his expulsion from the party for anti-party activities on May 31, 2001.

Apart from instituting the court action, Mr. Ikenga also led a protest to the Wadata Plaza secretariat of the party, to press home their demand for the disqualification of Mr. Tukur.

Before challenging the emergence of Mr. Tukur, Mr. Ikenga had also gone to court to seek to stop the emergence of a former National Chairman of the party, Okwesiliezi Nwodo from assuming office.

Mr. Ikenga filed a suit filed at the Abuja Division of the Federal High Court, on June, 9/2010 asking for an order of interlocutory injunction restraining the PDP or its agents from appointing Mr. Nwodo as the Party’s National Chairman.

Mr. Ikenga had also attempted to force the extension of the tenure of former chairman of INEC, Maurice Iwu, at a time Nigerians were unanimous in their call for the professor’s sack from the electoral body.

Mr. Ikenga had on April 2, 2010 led three ‘pro-democracy groups’ to the National Assembly to stage a rally seeking for tenure extension for Mr. Iwu.

The three groups, the Alliance for Defence of Democracy, National Youth Coalition for Progressive Transformation and the Northern Patriotic Forum went to the Assembly to request for extension for Mr. Iwu “to enable him to conduct the 2011 general elections”.

“Electoral process can only be consolidated where there is continuity in leadership,” Mr. Ikenga said in his address at the rally.

He argued that section 157 of the 1999 Constitution made provision for the re-appointment of the INEC chairman, “so why are people crying even when the chairman has two months to go,” he said. 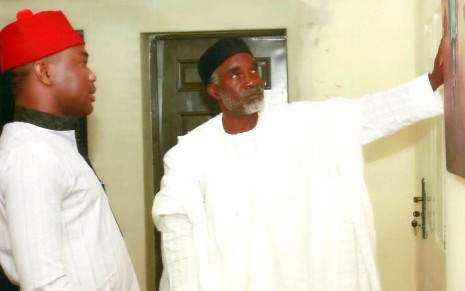 One common feature Mr. Ikenga is known for is his ability to easily mobilise a crowd for a protest in the Nigerian capital.

People who know and have worked with the lawyer in the past allege that he is available to the highest bidder as a hatchet man; and sometimes goes to satellite towns in the Nigerian capital to rent the crowd he uses for his protests.

This time around, however, he’s moved beyond public protests to sponsoring what could turn to a be a major political upheaval in Nigeria; as the All Progressives Congress have insisted that they would not change name to accommodate the African Peoples Congress.

When PREMIUM TIMES contacted Mr. Ikenga to confirm if he was behind the registration of the African Peoples Congress, he declined comment.

“Why is everybody calling me about this thing? Today is my girlfriend’s birthday and these calls from journalists is pissing her off,” he said before he cut off the line.

The PDP would also not respond to the reason one of its members sponsored the formation of a rival party or if he had the backing of the party to carry out the action.

The National Publicity Secretary of the PDP, Olisa Metuh, did not answer or return calls made to his phone.