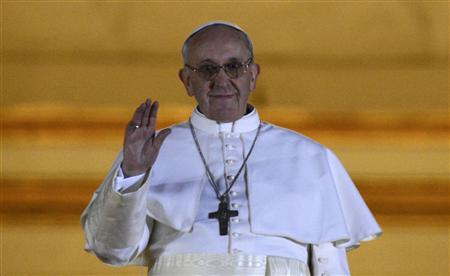 A new pope has been selected for the Catholic Church.

The new Pope for the 1.2 billion-member Catholic Church is Jorge Mario Bergoglio from Argentina.

He becomes the first Latin American to lead the Catholic Church.

He has chosen to be called Pope Francis de 1st.

White smoke has risen from the chimney of the Sistine Chapel in the Vatican city where 115 cardinals are gathered to elect a new pope for the Catholic Church.

The White smoke means that the 115 cardinals in the papal conclave have elected a new pope for the world’s 1.2 billion Catholics.

The  Cardinals have been gathered since Tuesday and had two unsuccessful voting sessions.

The identity of the new pope will be revealed shortly.