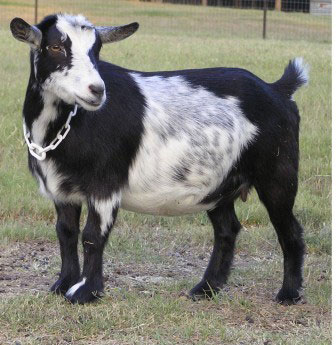 The neighbours both claim ownership to the three year old goat.

Hearing in the case against a 35-year-old woman, Hafsat Sani, accused of stealing a three-year-old goat continued on Wednesday at the Kaduna Sharia Court II, Magajin Gari.

Ms. Sani was arraigned before the court on March 5 by her neighbour, Maimuna Idris, of Dankande Village, on the allegation that she stole her goat.

When the case was first mentioned, the complainant told the court that the goat was traced to Ms. Sani’s residence after it had gone missing.

Maimuna Idris said she had reared the goat for three years and can identify it anywhere.

The complainant brought two witnesses who testified in her favour, while the accused who pleaded not guilty sought for adjournment to bring her witnesses.

When the case resumed on Wednesday, Ms. Sani presented three witnesses, Zubaida Mohammed, Umar Sharif and Zailani Sharif, who testified that the goat belonged to Ms. Sani and not the complainant.

One of the witnesses, Zailani Sharif, told the court that he was the real owner of the goat and had sold it to the accused.

The complainant, however, contested the submission of the three witnesses, saying they are all related to Ms. Sani and would only connive against her.

The presiding officer, Khadi Inuwa, adjourned the case to March 20 for ruling.

No bus plunged into Lagos Lagoon on Wednesday, NEMA says