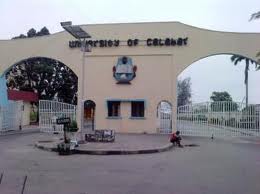 There are over three million people suffering from blindness in Nigeria.

Over three million Nigerians suffer from some form of blindness, the Head of the Department of Ophthalmology, University of Calabar Teaching Hospital, UCTH, Affiong Ibanga, said on Tuesday.

Mr. Ibanga said this when she led members of the department on a courtesy visit to the Cross River State Commissioner for Social Welfare and Community Development, Inyang Endeley, in Calabar.

She also said that nearly 25,000 people are suffering from the disability in the state.

She explained that between 8,000 and 10,000 people suffer one form of blindness in each of the three senatorial districts of the state.

She also said that the UCTH, through the Department of Ophthalmology, is carrying out rehabilitation training for persons suffering from blindness.

She said some of the rehabilitation processes include treatment in some cases, mobility, orientation and vocational skills’ training.

Ms. Ibanga said there is the need for the visually-impaired to be fully-integrated into the mainstream of the society.

She called for collaboration between UCTH and the Ministry of Social Welfare for the establishment of centres across the state for a holistic training and rehabilitation of blind persons.

The commissioner, Ms. Endeley, said that it is the responsibility of the ministry to alleviate the sufferings of all groups of vulnerable and underprivileged persons, including the blind.

She said the state government, through the ministry, was currently giving out subventions to some Non Government Organisations, NGOs, that care for the blind.

“The ministry has also been sending some of the visually-challenged for training in vocational skills at the Nigerian Farm Craft for the Blind in Ikeja, Lagos,” she said.

She said the visit is very timely and important because it would provide the team with the opportunity to know what the ministry is doing concerning the visually-challenged in the state.