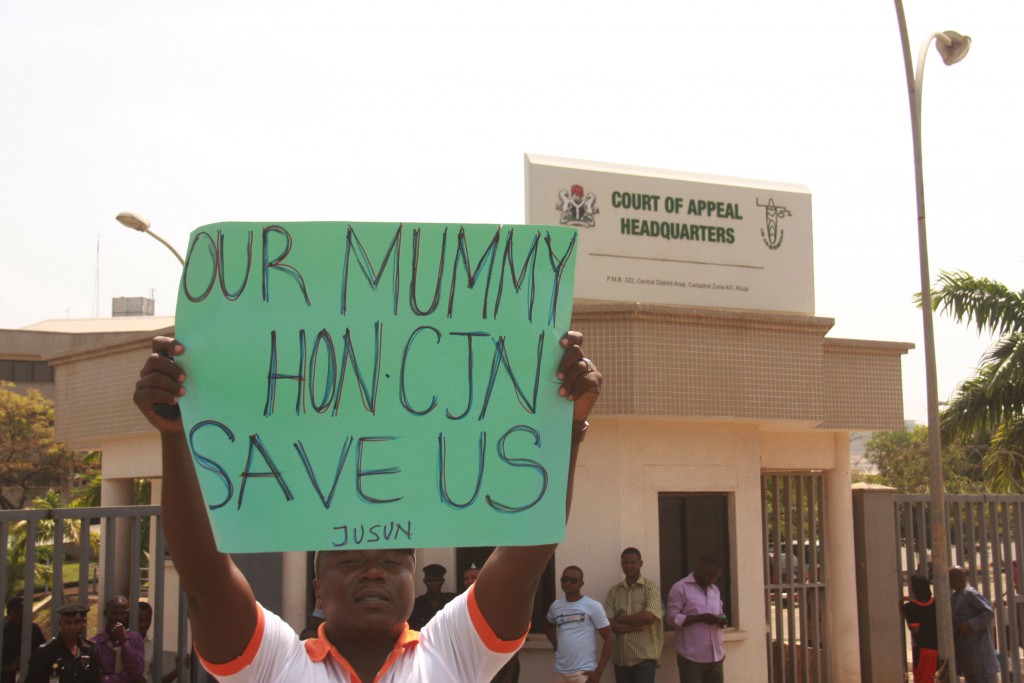 The strike by Judiciary Staff Union of Nigeria (JUSUN) for non-implementation of Judicial Salary Structure (CONJUSS), paralysed activities at Court of Appeal and Federal High Courts across the country on Monday

Correspondents of the News Agency of Nigeria (NAN) who visited some of the courts in some state capitals reports that offices and court halls were under lock and key.

In Ado-Ekiti, the capital of Ekitki, NAN correspondent reports that the workers in the few offices that opened did not attend to litigants.

Some workers, who reported for duty, were seen in groups discussing the issue.

Leaders of the workers were seen moving from one office to the other to ensure compliance with what they called `directive from the national body’ of the union.

They brandished the copy of the communiqué issued and signed by the National President of the union, Mr Adamu Mustapha and General Secretary, Mr Issah Adetola, which ordered the nationwide strike.

The communiqué premised the strike on the refusal by the Federal Government to implement the Special Judicial Salary Structure (CONJUSS) demanded by the workers.

NAN correspondent in Asaba, Delta, reports that in compliance with the strike, the offices of Federal High Courts and National Industrial Court in the state were under lock and key.

However, the offices of the state judiciary were open for business.

The Chairman, Judiciary Staff Union of Nigeria (JUSUN) in Delta, Nicholas Eluemuno, told NAN that the strike was indefinite.

He said that no federal judicial establishment in the state would be opened until the new salary scheme was implemented.

“And as I speak to you, we have shut the Federal High Courts, Asaba and Warri and the National Industrial Court, Asaba,’’ he said.

Mr. Eluemuno said that the leadership of the union had assigned a team to monitor these establishments to ensure compliance.

He advised federal judiciary workers in the state to remain calm and await update on the issue.

NAN correspondent, who monitored the strike in Makurdi, Benue, reports that the Court of Appeal, Federal High Courts and National Industrial Court, did not sit.

Leaves were hung on the gates of these courts to intimate lawyers and litigants of the strike.

The Chairman, Judicial Staff Union of Nigeria (JUSUN), Benue Chapter, Richard Aoo, told NAN that the strike would continue until their demand was addressed.

He said that members of the union had been patient, saying that the Federal Government approved the new salary structure in 2010, but it was yet to be implemented.

In his reaction to the strike, Titus Hyundu, the immediate past NBA Chairman in the state, criticised the National Judicial Council for not implementing the new salary.

He appealed to the Federal Government to intervene in the matter to save the situation.

The Chairman, Judicial Staff Union of Nigeria (JUSUN), Osun State, Oladapo Oseni, told NAN that the closure of the Supreme Court, Courts of Appeal and Federal High Courts across the country as a result of the strike was “a bad turn of event”.

“We gave the Federal Government a 21-day ultimatum to comply to our request but it failed,’’ he said.